Why murders and violent crimes are a big city phenomenon. 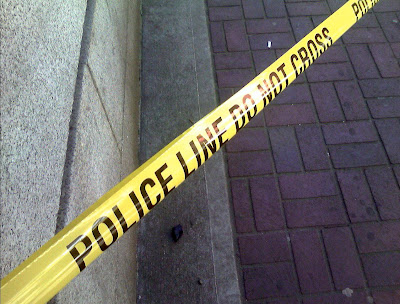 It’s really about the culture embraced by these minority groups and not the color of their skin.

The apologists can talk all they want about the root causes being poverty, ignorance and despair. Murder epidemics are just not present where these same issues plague White Americans.

I’m not suggesting that White people don’t murder or commit other violence; they just do it far less frequently.

Here is something that proves my point. Take your own Meghan’s Law sex offender web sites in large cities and examine them. Search for offenders by zip code and you will find very few offenders in predominately White zip codes. Do the same for sex offenders in the Black or Hispanic zip codes and see frightening numbers of rapists and child molesters.

In our large cities the jails are as high as 90% minority occupied. You can argue poor people have no money to post for bail but it’s also true for non-bondable offenses like murder.

To suggest that discrimination and racial profiling by police result in these crimes is a bogus argument. How these factors impact out-of-control minority related rape and child molesting crimes? They don’t because it’s a lawless culture problem.

There is no cure short of banishing minorities out of our cities to some other continent or even genocide. Those are not the practices of a civilized nation so another way must be found.

The Drug War has done nothing but provide opportunities for huge wealth in America. That has given the minorities reasons to kill each other. Disputes tied to territory, snitching, stealing and grudges have turned minority neighborhoods into war zones.


The Drug war bringing vastly inflated prices/profits for drugs that a significant percentage of Americans consume has brought us much more blight and crime than the drugs themselves.

The ugliest part of our Immigration mess is Mexico’s export of drugs, crime and poverty into the United States. If the drugs were legal the out-of-control violence would end. The flow of criminals bearing drugs, death and deatruction would also end.

Let’s spend the Drug War money on treatment for the drug dependent. As for those young, neighborhood drug dealers, perhaps their new unemployment may lead them into job training programs.


America is a great country that generates new millionaires every day. Perhaps a culture of violence can somehow change into a culture of productivity.

Here is an interesting L.A. Times statistical break down of murders by race in the Los Angeles Area.
Posted by Paul Huebl Crimefile News at 5/11/2008 09:56:00 AM