Anthony Pellicano Had A Fool For A Client 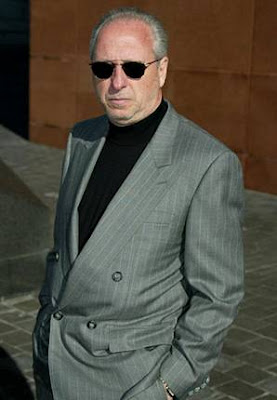 Like nearly all criminal defendants that choose to represent themselves as a lawyer, Anthony Pellicano proved he was not up to the task.

A jury just returned 76 out of 77 Guilty Verdicts. I have not attempted a time computation but suspect that the 64 year-old Pellicano won’t see freedom unless he lives a very long time.

Pellicano was a professional eavesdropper not an investigator.

Pellicano could only exist because people involved in litigation would do anything to uncover the lies and expose motives of liars and extortionists. A wire-tap is absolutely useless unless it can uncover lies people freely tell even while under oath.

What’s the bigger crime, the lies or the wiretaps? We live in an ugly world.

I suspect many of his culpable clients are safe because of the expiration of the Statute of Limitations.

Of course there are volumes of encrypted telephone calls and other computer files that the feds were never able to crack. Pellicano still holds the only key to Telesluth.

Pellicano for all practical purposes died today and the only CPR measure that can bring him back to life is for him to snitch like a magpie.

I still don’t rule out a sentencing deal as that savvy former PI still has what prosecutors have been praying for. I think they still want to see some big Hollywood power brokers doing the perpwalk.

Paul, perhaps you can do HIS time and he can run this blog for you!