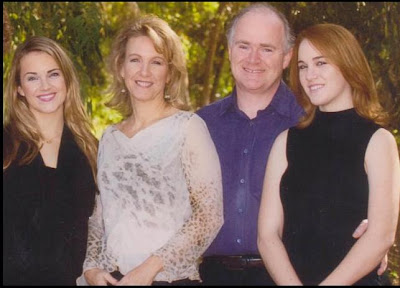 Undated photo of Marie Walsh and her husband, Alan Walsh with their two daughters. 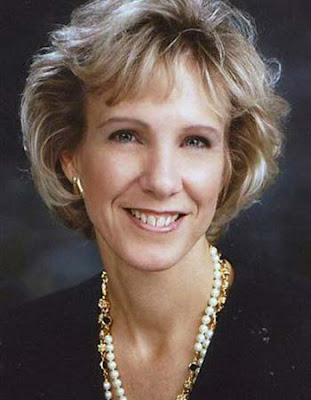 After leading a law-abiding and productive life 32 years since her escape from a Michigan prison, Susan Lefevre now known as Marie Walsh is still quick to flash a bright smile.

At first I could not understand how anyone could withstand being ripped from their home and loving family and not sink into a sewer of despair at the thought of resuming a 10 to 20 year prison stretch.

Imagine how a wife of 23 years could handle being forced by jailers to remove her wedding ring before they apply the foul delousing spray jails commonly use on all new inmates? Walsh has been captured, put in irons and prison garb and still has an air of amazing style. She seems to be able to turn a handcuff on her wrist into an elegant, diamond tennis bracelet.

For Walsh, her running is finally over. Walsh is also obviously proud of the life she made for herself, her family and friends. Above all Walsh beat the odds for prison convicts by getting completely away from the things that led her astray as a teenager in 1975.

Walsh seems to have real confidence in herself to overcome her troubles and land on her feet with all of her dignity intact.

Walsh has shown by example that her original sentence was far too harsh and that she is no danger to the public. She got caught up in the Drug War dragnet and has ever since paid a very heavy price. Most importantly Walsh learned from her misdeed.

Another price we cannot ignore is the total loss of privacy for Walsh and her family. Marie Walsh’s husband and children really have little choice but to step forward and submit to interrogation by the inquiring minds of the national news media.

I see a great opportunity for every government representative involved in Walsh’s future to show compassion in this very extraordinary and historical case. I only hope they will be able live up to Walsh’s example.

Facts about Commutations in Michigan:

Grants of commutation have been rare indeed in Michigan in the last decade. While in the mid-1960s, Governor Romney commuted the sentences of 107 inmates. Twenty years later, Governor Blanchard granted only six commutations -- all but one just before he left office. Governor Engler has granted just five commutations since 1990.
Posted by Paul Huebl Crimefile News at 5/04/2008 02:07:00 PM

I hope they do too.

BTW, here's a site that just came out.