Ivan The Terrible Or Just Another Nazi? 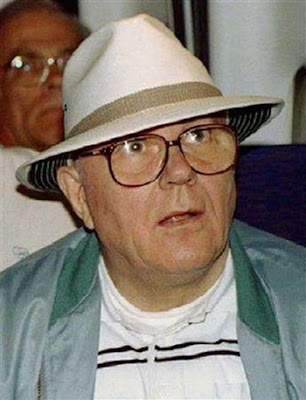 Demjanjuk’s life has been quite an adventure since the newly formed United States Office of Special Investigations (OSI), an obscure outfit entrusted to locate and bring to justice Nazi war criminals focused on him in 1977.

They falsely got his citizenship revoked and extradited him to Israel as, Ivan the Terrible. That was a moniker for a sadistic Treblinka guard named Ivan Marchenko. Decades later, in an incredibly suggestive photo line-up Holocaust survivors picked out Demjanjuk as the fugitive war criminal.

OSI investigators produced a NAZI identity card that proved its position as to Demjanjuk’s identity as the Treblinka sadist. That ID card was later examined by Bill Flynn a noted forensic document examiner with the Arizona Department of Public Safety. Flynn was able to conclusively prove that the card was a forgery pasted together from more than one identity card of that era.

Demjanjuk was convicted and sentenced to death and set to be only the second “war criminal” executed by Israel. That changed all when the Israel Supreme Court saw the injustice and freed Demjanjuk.

Demjanjuk returned home only to be once more identified as a Nazi by the OSI and run through the courts all over again. The standard of proof is much less than required in our criminal courts and OSI succeeded in again revoking Demjanjuk’s citizenship winning yet another deportation order.

Now what’s left for the old man is finding a country to accept him. He was ordered deported to Germany, Poland or his native Ukraine. This seems like such a waste of time and money.

Too bad that Demjanjuk was not a rocket maker so he could have been a spaceflight hero like, Dr. Wernher von Braun who as a Nazi arms maker utilized Jewish slave labor to build rockets that hit London.
Posted by Paul Huebl Crimefile News at 5/27/2008 08:44:00 AM

Email ThisBlogThis!Share to TwitterShare to FacebookShare to Pinterest
Labels: Crime and Courts