How should Escaped Convict Susan Lefevre Be Handled? 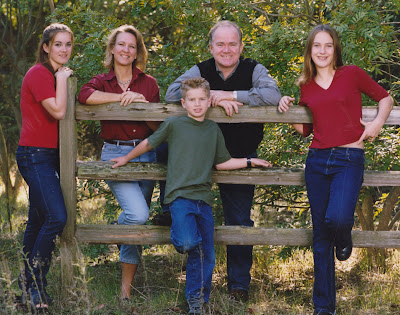 Marie Walsh with her husband and three children. Click on picture to enlarge.

Susan Lefevre is the San Diego woman recaptured after her escape in 1976 from a Michigan prison where she was serving a 10 to 20 year term. Lefevre is now known as Marie Walsh.

There is little precedent for this highly unusual case of sin, punishment, escape and redemption in our criminal justice system. This case involves the following facts:
1. Walsh was a 19 year-old first time offender.
2. Walsh received an unusually harsh sentence for her drug conviction.
3. Walsh escaped and was at large for over 32 years.
4. Walsh has never reoffended in over three decades.
5. Walsh has led the rest of her admirable life with her husband and three children.
6. Walsh was never involved in theft of violence.
7. Walsh is obviously no threat to public safety.
8. Walsh suffered over a year in prison and many years living in fear of capture.
9. Walsh’s family needs their wife and mother.
10. Walsh defied the odds of an over 90% failure rate of ex convicts.

The ultimate goal of the Michigan Department Corrections was reached with respect to Walsh.

There are three potential directions for resolving this case:
1. Forcing Walsh to complete her sentence.
2. The court that sentenced Walsh may be able to conduct a new pre-sentence investigation and re-sentence her to a lesser term.
3. Commutation proceedings by the Michigan Parole Board and Governor Jennifer Granholm could finish by ending Walsh and her family’s worst nightmare.

Whatever happens will take many thousands of tax dollars in order to turn the slow wheels of government bureaucracy.

Walsh paid a huge price for her youthful indiscretion already and has demonstrated stellar conduct ever since her escape. Yes, she broke out of prison but more importantly she broke away from the drugs, bad influences and conduct that brought her there.

This is a case where good truly triumphed over evil. We as a society have a duty to make sure Marie Walsh and her family is reunited without further delay.
Posted by Paul Huebl Crimefile News at 5/06/2008 12:06:00 PM

Marie Walsh should be pardoned as she has lead an exemplary life and has been a model citizen. She has been a loving wife and mother. She turned her life around and for 32 years has proven that she could lead a healthy productive life. Pardoning Marie Walsh would be the most logical decision.

A pardon, or a reduction of sentence to time served, is the only appropriate outcome. It is too bad that she did not have good legal counsel when she entered her guilty plea many years ago.

We met Marie only once, but were impressed with her caring and kind manner.
32 years of living furtively is punishment enough. She should be pardoned.

It is an indictment of our legal system that it cares more about punishment and procedure than it does about justice.
Why did a 19-year-old first-time non-violent offender get such a harsh sentence in the first place?
What purpose is served by sending Marie back to prison now? She is obviously neither a habitual offender nor a predator that needs to be locked away for the safety of society.
PARDON MARIE WALSH!!

Here is the letter I wrote to the parole board:
I have known Marie and her husband Alan, for the past 10 years, and her children are friends with my own.
I was as shocked as any one might be to hear about her being arrested, and could not believe what I had heard. This couldn’t be the same person! Surely, I thought someone had made a terrible mistake!
The reason this hit me so hard, and all of us that know her, is that Marie, (as she is known), is about as solid as a person could possibly be.
I have never known her to raise her voice, to swear, or demonstrate any unreasonable behavior. I have seen her interact in hundreds of situations, and never once, have I ever seen anything that would make me believe she was ever the wayward youth she is described to have been.
For as long as I have known her, Marie is always the first person to reach out and help someone; offering her support and assistance. In fact, it was Marie, of all my friends and neighbors, who was there to listen, and offer her support, as my marriage of 35 years was coming to an end.
I cannot express deeply enough how wrong it is that she should be placed in prison at this point of her life. Surely, there must be some other way a person of her age, stature, and intelligence could be of service to society, without ruining the lives of 3 perfectly innocent children, who have done nothing more than live each day knowing they are loved and cared for by their 2 parents? There is something terribly wrong with a society who would imprison a mother of 3, for something that happened almost a lifetime ago. She was barely an adult!
While it may be true that she may have run away, you cannot ignore what she has done with her life! And you cannot ignore that what society might gain by locking her up, will surely be useless! On the other hand, her children who need their mother, will be irreparably damaged by this, should she be imprisoned!
I am certainly in favor of law. We need law to make society conform to the rules and regulations that are in the best interest of the people. But many of our laws are outdated, unfair, and are NOT in the best interest of society. And certainly, there are exceptions! If there is one thing that is known by every judge and every attorney, it’s that every single case is different, hence precedence.
I absolutely believe this is one case that warrants a closer look. From the beginning, it seems to me that Marie was mistreated, misjudged, and misunderstood. She had no help from the courts, her parents, or her priests. But, somehow, miraculously, she not only survived, but thrived!
Now, you want to punish her for that.
Please, please, please…. Go back and re-examine this case. Look at what this woman has done with her life. Take the information and study it. This is your chance to set precedence. This is your chance to take outdated law, and change it toward the best interest of society. This is your chance to make her an example of what our wayward teens COULD become, if given the chance. None of them should be locked up for years and years. How ridiculous is that? We need productive, educated people in society. We need to better learn how to serve those who don’t have the parental supervision or the guidance they need to succeed. There of thousands of them. What good has it done to lock them all up? What kind of success could be achieved, or expected after years of imprisonment? Is this what society really wants? Do we really want to lock up thousands of youngsters who might have made a mistake, so that they will never be productive citizens ever again? Is it working, I ask you? Is this in the best interest of society?

Instead of just following your normal, out of date, unfair and senseless laws….why not use this case as a catalyst to explore how we may help our lost youth to become even half of what Marie has achieved?

Thank you for taking the time to read this, and hopefully look at her case with a different perspective.