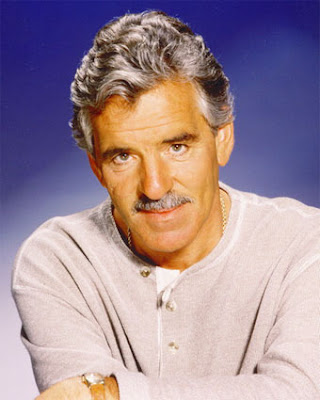 Los Angeles--It seems that Dennis Farina forgot he had a little .22 pistol in his briefcase as he went through an airport checkpoint at LAX this morning. The TSA weenies saved us from yet another hijacking!

Farina honorably served as a Chicago cop spending most of his career as an Area Six burglary detective until he and and a former robbery sergeant, Chuck Adamson were discovered by legendary film director and Chicago native Michael Mann. Soon Farina took his leave of absence and early retirement to portray a cop in scores of projects on the small and large screen.

Farina has returned for many funerals of fellow officers and never missed a chance to help one of his own.

The TSA called LAX Police who booked Farina at the LAPD Pacific Division on a felony charge. Farina’s gun was allegedly not registered in California. California gives their residents a 60 day grace period in which to register firearms imported from other states. Farina told police he had recently brought the gun in from his home in Scottsdale.

Farina owns and lives in properties in Michigan, Illinois, and Arizona that I know about. Farina spends the least amount of time in Los Angeles and should not be considered a resident subject to local gun registration laws. Federal law lets retired officers carry firearms and another federal law protects non-residents from state and local registration laws where simple possession is involved. Police chose to charge Farina with a felony. Bail was set at $35,000.00, I never knew Farina was such a flight risk or so dangerous to the public.

Normally I avoid harsh language on my blog but this arrest is beyond CHICKENSHIT. What the Hell is going on in America?

The United States Supreme Court will be ruling on whether Americans have a right to keep and bear arms any Monday in D.C. vs Heller before the summer recess.

As I have always said, gun laws only impact the law-abiding. Will Farina get punished for being absent minded? I hope not. For now he is being punished with bad publicity, the Hollywood Perpwalk, court appearances and wasted time and money dealing with lawyers.

Through his publicist, Lori De Waal, Farina said "I apologize to anyone and everyone that I have caused any embarrassment or inconvenience to. It is my own stupidity to find myself in this embarrassing situation. I don't put the blame on anyone else but myself. I want to apologize to my friends, family and business associates who I'll explain to privately later. I'll be spending the next few days kicking my own ass. No one is more embarrassed than myself."

Here’s where Farina and I disagree. Obviously Farina did not intend to bring the gun onto the plane or hurt anyone. The police investigation should have uncovered that and they could have used discretion by releasing rather than booking the actor.

Farina obviously showed real class despite being subjected to an unnecessary trip through the criminal justice system as a defendant.

Farina’s latest movie, “What Happens in Vegas...” just had a premier at the Mann Village in Westwood, Los Angeles. Maybe the LAX Police are “helping” sell tickets?

An Update:
Farina was released on bail after 12 hours in custody from the Van Nuys jail. I can just imagine fumbling around for cash on a Sunday when all the banks were closed for a bail bond from a jail cell must have been quite a challenge. Here is KTLA-TV's top story at 10:00 PM

what the hell? he's a retired dick, for god's sake. this makes no sense.

he's very active in the po memorial and was just at mike mettes' gathering before mike went to prison.

I'm an LEO and I travel frequently. Unfortunately I'm not always authorized to carry my weapon on board. When I'm not traveling on the job I check, and check, and check, and check again every pocket of every bag I travel with in a sincere fear that I'll mistakenly leave a round, magazine, or small weapon in one of the 100 hidden pockets. I've actually had nighmares about accidently forgetting to take something out of my bag when I fly because I know if I do I'll be charged with a felony and my career and life will be ruined by one simple human mistake. It's so easy to do that I've actually gone to the trouble to buy completely separate luggage for when I fly armed and other luggage when I don't fly armed. And I still check, check, and re-check every pocket. Sounds like paranoia doesn't it? Well leave a round in a pocket by mistake and see your world come tumbling down. There needs to be some reasonableness to this whole mess.

And then, they had to up it to a felony! I call bullsh*t on that one also. If he is "retired", then he should've been legal up to the airport. Too bad there isnt something in place where if a legit person forgets about a gun,
they can pay a fee on the spot and have the gun taken , then shipped to a his/her residence. But that would make too much sense;lets drag him thru the mud, and make some lawyers some money, and spend the taxpayers money on court costs....................

An easy bust and an easy statistic for one more felony gun charge. No wonder we have more than 2 million people behind bars in this country.

When I was a boy, the police broke up fist fights amongst boys. No arrests. Now they have mandatory arrest orders and arrest everyone.

Paul, you are right about this. It is pure chickenshit, through and through. Whatever happened to the days of professional courtesy among law enforcement? And even though Farina is an actor, he was a copper in Chicago for 19 years and that's good enough for me. I imagine myself in the shoes of the LAPD officers who responded to this call from the TSA. I would have thanked the TSA people, then took him into "custody" and given him a ride to another location and cut him loose. Why are our law enforcement people NOT using their heads any more? Think about what you have before you. Is the guy a real criminal, or someone who made a mistake? Lock up the bad guys, and let the good people go. Very simple, and a much better way to use our limited resources.
Retired ISP

He was born on a leap year?