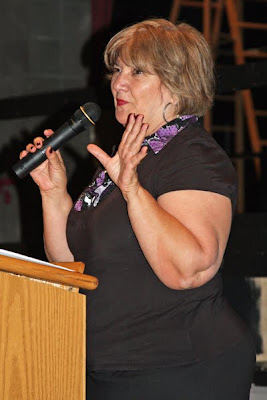 Phoenix, AZ—Maricopa County, Arizona has always been a hotbed for corruption. The legendary land fraud exploits of Ned Warren and later massive savings and loan fraud of Charles Keating could have never happened without the total cooperation of corrupt public officials.

Arizona has long been for sale to the highest bidder. The AZSCAM indictments only snared some low level members of the Legislature because the late Director of Public Safety and former Phoenix police boss, Ralph Milstead tipped of the real legislative power brokers. Law enforcement bosses sans the elected Sheriff must cooperate with the crooked politicians or be unemployed.

As always, the lion’s share of political corruption comes from the Left wing of American politics. The free-spending Liberals throw around the most tax money and that invites the deal makers, lobbyists and criminal underbelly to feed like sharks.

Corruption investigations always go nowhere and local and every level of government wallows in a sea of red ink. The crooked politicians turn their taxpayers into their own personal ATM machines. The only solution they can find is to raise taxes a extort money from working families with photo traffic enforcement revenue schemes.

Arizona’s media is like most American media, deeply rooted in Leftist politics. The large metropolitan areas of Arizona are under a tight Liberal grip. The media protects the political corruption.

Along came a wild Card, Sheriff Joe Arpaio. Joe has his own baggage connected to his ego. Arpaio, stays awake nights dreaming up publicity stunts to endear himself to his voters. He is a master politician who gives the voters what they want. Since Maricopa County is a huge territory his voters are working class Conservatives. Liberals just don’t get elected in countywide races.

Needless to say in Phoenix there is a clash of political culture and ways to deal with things like Illegal Immigration. The Liberals run Phoenix, the Superior Court, the County Board and they control where money is spent. The Left Wing politicians always throw tax money away on unneeded projects that generate huge campaign contributions from government vendors. That’s the only way they can stay in power.

In the thick of this mess is the Wilcox Crime Family. Mary Rose Wilcox and her family have never missed a chance at personal profit and now according to a stunning and breathtaking 36 count indictment Wilcox will have to answer for her actions.

In the meantime the media has come to the defense of Wilcox and another indicted Supervisor, Don Stapley in an unprecedented manner. They are screaming that the indictment is political payback. My question is who cares if it is political payback? If they have committed these felonies why not simply let them hang!

Read the Indictment and tell me why Mary Rose Wilcox should not answer to a jury of her peers for the allegations made?
Wilcox Indictment
Posted by Paul Huebl Crimefile News at 12/11/2009 09:28:00 AM

Scary Mary sure is plump and ugly. That left bicep will feed a family of four.

Great piece, but I never thought Sheriff Joe was the "politician" as you portrayed.

As you predict, coverage in The Arizona Republic newspaper makes light of the issues.

And I'll agree with you that Sheriff Joe is good at getting the approval of his constituents -- in that sense, he is an accomplished politician. But "politician" also implies successful deal-making, "I'll pat your back if you pat mine", and there Joe thumbs his nose at his fellow "politicians".

Joe is a throwback to what "representative" is supposed to mean, that he represents his constituents.

Joe Arpaio is a crook. And a politician, but I repeat myself. His constituents are populists, not conservatives. Conservatives, who believe in small government, dropped Arpaio years ago, when he endorsed Napolitano.

For more interesting reading about law enforcement in Phoenix: http://badphoenixcops.blogspot.com/

Sherrif Joe isn't there to represent anyone. As the Chief law enforcement officer in the county he's there to enforce the laws, he just does it in a way that portrays him in the best light possible. There's a reason he won his last re-election with 83% of the vote.

Is Mary linked to the Arizona Sucato Crime Family (aka E-Group and East Valley Group)??