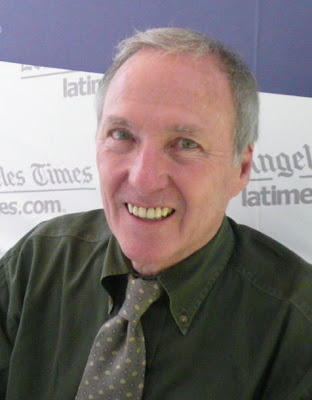 Many of Wambaugh's works were made into feature films or episodes of his hit TV series, Police Story. When I met Wambugh a couple of years ago I asked him a question he could not answer. Where are the DVD’s of his best stories that made the large and small screens?

These days almost anything is in print and available at Netflix. Absent are copies of my two favorite Wambaugh films, THE ONION FIELD and ECHOES IN THE DARKNESS.

There has to be film and master tapes somewhere. It can’t be that difficult to let Wambaugh and those wonderful players to collect a little extra cash for their unforgettable work?
Posted by Paul Huebl Crimefile News at 12/20/2009 02:31:00 AM

Email ThisBlogThis!Share to TwitterShare to FacebookShare to Pinterest
Labels: Wambaugh

I LOVED Police Story, especially the episodes with Vic Morrow. Watching that show was one of the reasons I wanted to become a Police Officer. I pray that one day I will see that show become available on DVD.

Don't forget Howard Duff and former NYPD officer Eddie Egan, and Joe Santos of the "Rockford Files," all who were in several episodes.