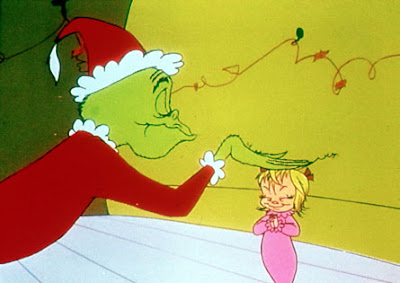 Chicago, IL—This is one of those stories you just can’t make up. Cook County Circuit Court Judge Edward Jordan has ordered Christmas taken away from a three year-old girl!

Despite our Constitution’s First Amendment Judge Jordan has stepped into a religious dispute between parents and ordered the Catholic father not to expose the child to any non-Jewish religious activities.

The child’s mother Rebecca Reyes an apparent devout Jew, petitioned for and won the restraining order From Judge Jordan. That order in effect steals Christmas from her daughter.

The dispute between Rebecca and Joseph Reyes is not really a trivial issue. Both parents are divided on their daughter’s religious education. Who should mediate this case? No American court has jurisdiction over religion. Is there an acceptable compromise when both the Jewish and Catholic religions claim their supremacy?

Judge Jordan is playing the Part of Dr. Suess’ Grinch and the little Reyes girl is none other than Cindy Lou Who from Whoville in this sad but true story where life imitates art.

Amazingly WBBM-TV’s Mike Puccinelli did this story and deliberately declined to identify the judge that restrained Christmas with an official court edict. To say that redaction was lame is an understatement. Since when does any journalist protect a public official from their undisputed actions under color of law?

I called Puccinelli who told me that editorial decision came from station management.

Judge Jordan is a former President of the Decalogue Society, which is the Jewish Bar Association in Chicago. Perhaps Jordan’s own faith may have influenced his decision that has now established Jewish religious superiority within Cook County, Illinois.

Joel Brodsky, himself a Jew and his law partner, Reem Odeah, a Palestinian-American lawyer represent the Catholic father, Joseph Reyes. He declined to discuss Judge Jordan or his motives. Brodsky wasted no time he has already filed an appeal of Judge Jordan’s order. 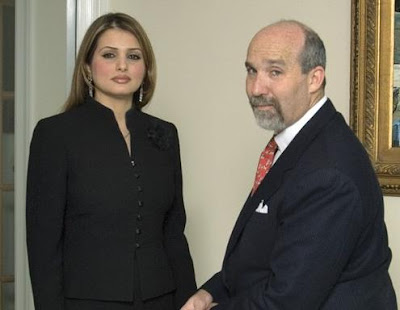 I doubt that the appeal will be heard before Christmas in this seemingly landmark case and that’s too bad. I’m taking sides on this case and that is the side of our Constitution and its promise not to establish religion.

What's the big deal? The little girl is losing Christmas and gaining Hannukah! a 7 day net gain over Christmas! You go girl! Dreidl Dreidl Dreidl I made it out of clay!...(Hey Pauly the Palestinian Lawyer is cute!!!how about some naked pics of her??)

Interesting decision Paul. There is a way around that court order, and it’s quit simple. Scripture states that Jesus is the “King of Jews.” Yes Jesus the “great Rabi” is Jewish.

Therefore Joseph Reyes should celebrate the birth of the King of Jews (Jesus.) That way the little girl gets the best of two worlds. I am a protestant, but Christmas is also a Jewish celebration for me.

Merry Christmas and Happy Hanukah and shalom to the little girl
http://hi-caliber.blogspot.com/2007/12/christmas.html

More like a tug of war and pretext - between two parents. Many Jews celebrate Christmas - why not - its fun to celebrate everything - have your cake and eat it too and have a Christmas Tree -

but some are even opposed to that. See

Why is it that some people can find conflict anywhere, so just read between the lines?

This strikes me as very prejudice. The unrelenting war against Christmas continues.

The Constitution clearly states that the Government shall NOT establish any single religion, NOR restrict practice of any religion.
Over the years, we have ALLOWED individuals to DEFINE Separation of Church and State to mean NO RELIGION...which is totally WRONG.
Election Day 2010---the day the PEOPLE take back OUR GOVERNMENT. VOTE OUT ALL ENCUMBANTS (BOTH Parties)...get rid of the Career Politicians who have stolen OUR RIGHTS...

The judge is an asshat, pure and simple. A major tool who is doing a favor for one of his "people" in hopes that maybe he gets a little shtupping action out of it.

The judge is an asshat, pure and simple. A major tool who is doing a favor for one of his "people" in hopes that maybe he gets a little shtupping action out of it.

Child should be exposed to both religions, not just one said...

Joseph’s wife is Rebecca Reyes (Shapiro), and her father is Howard Shapiro, who is an Executive Vice President and General Counsel for Playboy. That’s right, the man who doesn’t want his granddaughter exposed to Christianity, makes his money from pornography!! (Does the word hypocrite come to mind?)

Strange that a catholic and jew would marry, unless they never got down to discussing the real differences between the two- which no one does.
As I've read the early Christians were all jews, galileans to be exact (arid northern region, only 100 years since conversion to Judaism.?).
But Joshua/yashua/jesus was not originally Galilean. He is said to be of the house of David, descended from Solomon. Kind of a Luke Skywalker story - humble fisherman, actually of royal parentage.
I believe those of the H.O.D. are the only ones who can be kings of Israel. Others only rule, they are not kings (correct me if I'm wrong.)
The early Christians turned away from the covenant. They were turned off by the Pharasaic way of the Hebrew/Iudean nation. Nero called the christians *uncircumsized galileans* according to Gibbons, so they were revolting against some key things about the law.
And about Iesus, Rex Iudea (the mocking sign above him on the cross) he was indeed legitimate to the throne.
Christianity's position is the Jews, led by the pharisees, killed their own king (utter horror). I think a lot is lost in the translation (syncretism) of christianity on polytheism. Reminds me of an engine swap.

I get this amazing feeling that the second temple period saw something happen. Something big.
Not all jews are pharisees. I'm a long time atheist, but I find myself attracted to the jewish sabbath - going offline friday evening, and staying off til next evening. It would teach one to live without all the distraction of gizmos and whatever. I can totally see positivity growing in a house which observes this.
Its a good law this Hebrew thing. You just gotta watch out for those pharisees.