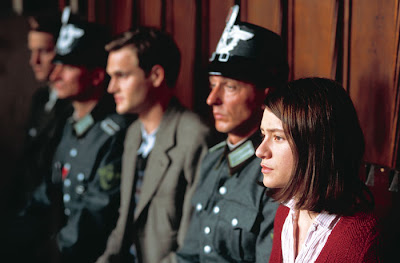 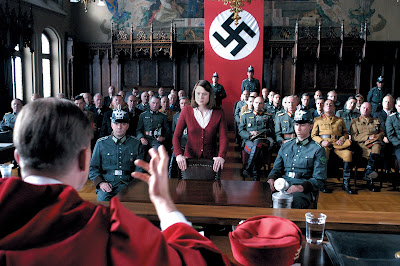 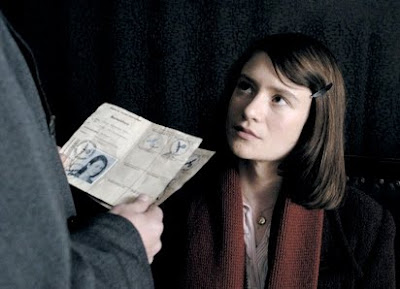 Munich, Germany—Sophie Scholl, a German girl of 21 became an unlikely hero along with fellow students after they became aware of Nazi atrocities. During military service the young men in the group known as the White Rose had personally observed mass murders of Russian POWs and Jews.

These brave kids knew their duty to their fellow countrymen was to stop Aldolph Hitler and National Socialism. Their weapon was a primitive mimeograph machine that enabled them to crank out several thousand leaflets. They mailed and distributed their information wherever they could.

Their effort ended when Hans Scholl and Sophie Scholl were caught at their university distributing leaflets. Later, young Christop Probst was entangled into the Gestapo investigation.

The kids were arrested and the White Rose was smashed but not silenced. A trial was held and presided over by infamous Nazi Judge, Roland Freisler. Freisler was A Communist who converted to National Socialism. This fiend in a judicial robe sought to prove his worthiness to Hitler’s criminal regime by sending over 5,000 Germans to their death for resisting Nazi tyranny.

The solid history lesson of the White Rose is, that the German people were indeed kept in the dark about the lawless campaign of genocide and other inhumane acts under Adolph Hitler’s absolute rule. The martyrs of The White Rose gave their lives informing the public. The Nazi government castigated these kids as liars and traitors. Other believed members of The White Rose were rounded up and imprisoned or executed later.

This 2005 film is awesome! It stars Julia Jentsch in the lead role and she is amazing along with the rest of this great cast. The costumes and total recreation of this true, compelling and heartbreaking story were flawless. The film is subtitled in English. Get the film from Netflix or wherever you can.

That trailer looks aweome and the movie is definitely a must see for me. Thanks for posting this. It sortof reminds me of the movie, The Attic.

I saw the film on IFC and it is chilling.A must see and a seriously underated film.I give it five stars.