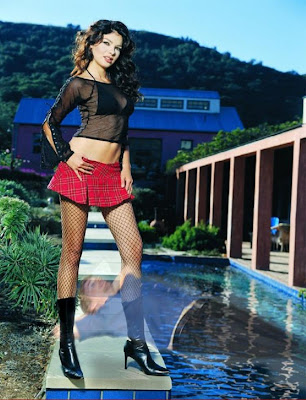 Tempe, AZ—Underwear might not be a bad idea for women shopping at their local Target stores in this college town.

It seems at least one man, Jason Cottis has a way with hand baskets and mirrors that got him arrested for the felony charge of, surreptitious viewing.

I’m not suggesting that this activity isn’t creepy, but is this charge constitutionally valid? The women he apparently were viewing were not in a place where there was any expatiation of privacy.

I have strongly suspected for many years that women and their clothing designers provided plunging necklines and short skirts, some even with splits or vents for the viewing pleasure of men. Should a man be arrested for looking?

Police say Cottis a serial peeper having done this numerous times in the past but always disappeared before police could respond to the calls.

I am convinced that Cottis confessed to his peeping ways because no security camera can determine exactly what his field of vision was or where his eyes were looking during the recording. Of course most men could be presumed to be watching up the skirts however our system of justice presumes innocence.

Maybe the guy can take up viewing gopher holes after he gets out? "Whoa, slow down (self talk), maybe not". Such peeping perhaps could be considered "molesting an animal"?

For some reason, don't know why exactly, but I'm really feeling sorry for this guy. Brings to mind all the Barthelon cysts, pimples, scars, smelly discharge, warts and other assorted pussycat problems encountered over the years. Moreover, the embarrassment, expense and waste of time all for wanting to catch a peak, (let alone dipping the dipstick) of a dank, cavernous, beat up slit covered hole oozing blood and pus at worst, sheer delight at best? This guy needs to spend a month assisting a obgyn. Maybe having an infected labia majora splatter his eyeball would cure him of his mischief? Get in real close there, buddy..SPLAT!

The guy is a creepy hairball!! But a FELONY? A little draconian I think
Paul in Texas

I used to know this guy...doesn't surprise me. Once a creep, always a creep. I'm glad he got caught and served time. Good luck in the job market Jason, you'll probably have to sell your dumb bike.