Airline Security Is A Job For Amateurs 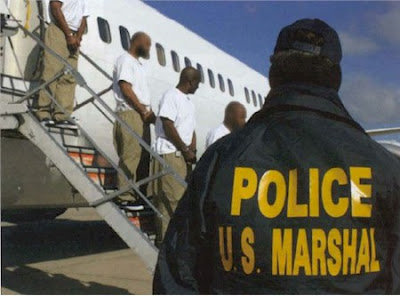 Detroit, MI— Northwest Flight 253 Passengers did what the government could not. They protected themselves from a deadly attack by a Muslim suicide bomber.

The father of the human bomb, identified as Umar Farouk Abdulmutallab, 23, a Nigerian national warned US and Dutch officials of the danger his son posed because if his radical actions and beliefs. Obviously that was no help at all.

When there is no law enforcement present during an emergency we need to take the law into our own hands and survive. Had this not happened nearly 300 innocent people and a multi-million dollar aircraft would have been destroyed.

The TSA searching and aggravating passengers is only effective in creating more inventive ways of getting bombs and weapons on airplanes. If they can’t keep weapons out of maximum security prisons, how can they possibly keep them off airplanes?

A determined terrorist will hijack or blow up planes until he’s stopped by alert and capable citizens. Of course the law-abiding citizens including off duty and retired trained cops are disarmed by government mandates.

Political correctness has been preventing the proper use of the most effective tool law-enforcement and that’s criminal profiling. That a job for trained and experienced cops. Those TSA screeners are not trained law enforcement officers and are really part of the problem not the solution.

Letting all trained law enforcement people carry their weapons and handcuffs is a better answer than bankrupting the airlines by making passengers miserable with more warrant-less and intrusive searches of us and our possessions.

Under the current and uniquely unqualified Homeland Security Director we can count on our airline security to resemble that film Con Air.

Cusack looks about 12 years old in that. Hilarious!

Members of my family depend on me to do things to secure their well-being. That includes earning a paycheck, cutting the grass on Saturday morning and, when necessary, unplugging the toilet.

If someone threatens my life, they are then threatening the well-being of my family.

I cannot allow that.

It is my responsibility.

This morning and with our daughter and especially our teenage granddaughter, we discussed the abduction and rescue of the five year old that took place just a couple of miles from our home in Phoenix that was less than a mile from our granddaughter's high school. No doubt that sexual pervert drove the same streets and watched the kids on this very same school campus.

I sometimes drive her to school and the "no guns on campus" law in Arizona that would have me disarm myself at those times and in that very neighborhood ... well, that law severely compromises my being able to execute my responsibilities as a parent and grandparent.