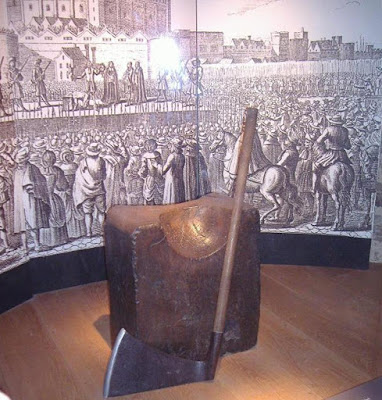 Maricopa County’s presiding judge, Barbara Rodriguez Mundell has refused to turn over e-mails and other records. She has taken the unheard of step by seeking and getting a temporary court order preventing a search warrant from being served on her home and judicial chambers.

Two members of the County Board Mary Rose Wilcox and Don Stapley along with Judge Gary Donahue are under indictment. It looks like there are going to be more indictments on the way.

Maricopa County Sheriff Joe Arpaio and County Prosecutor Andrew Thomas have pulled out all the stops in learning what’s been going on with the deal making and glad-handing surrounding the over-priced court project.

It is inconceivable that in a state drowning in red ink that such a fantasy court palace could win voter's approval. The project was approved by the County Board and for some connected folks there are no hard times like there is for the rest Arizona’s residents.

The new court building’s real need is a hard sell on some breadwinner for a family of five who must pay an extortionate fine for a photo speeding ticket received on an abundantly safe stretch of highway with an unnecessarily low speed limit. Adding to that, that lion’s share of the fine goes to the private contractor rather than the government. The final insult being that the contractor donates hefty campaign contributions to the very politicians that have approved the extortion program.

Are the new courtrooms needed to enable the extraction of more money from Arizona’s population for petty violations?

The politicians under investigation are all screaming that this is some kind of political payback vendetta. Should that be a viable reason not to follow the money trail see just where hardworking taxpayer’s money is going?

Should bribery of public officials be off limits for law enforcement to investigate?

I say let the investigations continue. If it gets too hot for some politicians or judges they should seek employment as Wal-Mart greeters and get off the public’s payroll.

The media is not doing their job of investigating these sweetheart deals. Why complain if the law enforcement community actually takes a peek into the underbelly of government corruption? An investigation into Maricopa County’s corrupt practices is long overdue. If Maricopa County public officials are guilty of corruption, I say, “Take them to the tower!”