Another Treat From Berlin… 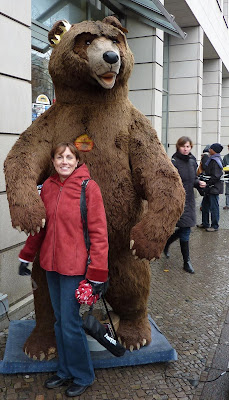 Berlin, Germany—I was delighted to be in Berlin for the 20th Anniversary of the collapse of the infamous Wall and Communism. Getting to the celebration involved taking the subway because of street closures and a lack of parking facilities.

My dear friend Andrea was kind enough to show me around Berlin. Her brother Klaus is a history buff who met us later giving me the rundown on the historical sites.

All the video I captured in Germany and Switzerland was on the Flip HD camera.

Enjoy the highlights of the subway ride.

Email ThisBlogThis!Share to TwitterShare to FacebookShare to Pinterest
Labels: Berlin

Paul, your friend Andrea is quite a lady and beautiful too.

What a great trip you had!