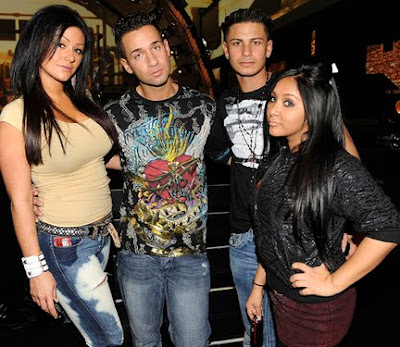 Los Angeles, CA—I’m beyond sick of hearing about the losers made into televisions icons through reality television. Crap like Big Brother, Jersey Shore and Keeping Up with the Kardashians has encouraged the ignorance and total degeneration of our culture.

Those bubble-butts Snooki and Kim are the new role models for young American girls. Here the bar for an American role model has been lowered below sewer level.

The role models we promote should be educated, talented and driven to excellence. Instead they have showcased these pathetic losers that could never support themselves without wealthy parents, a pimp or a lucrative television contract from some low-brow, voyeuristic, reality television producer.

I dumped my Cable TV company well over a year ago choosing to get my entertainment from various internet sources.

The most frightening thing about Reality television is that the millions of pitiful viewers of this programming are allowed to vote. It’s so easy to understand how all these thieves, thugs and extortionists are elected to Congress and the Whitehouse.

I totally and emphatically agree with you Paul and thank you for putting this out in the open. It is a sad situation to have to raise kids in these perverted times and I'm glad mine are raised but what about the grand kids? What a future they face.

Tonight I saw a 'news' story about the "reality" stars and their desire to get a star on the Hollywood Walk of Fame.