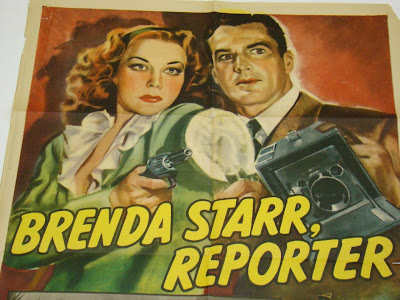 Hollywood, CA—Friday night at the Hollywood and Vine subway station Jesse Garay, 59, of North Hollywood was stabbed to death. This disturbing story was observed by two witnesses that have cooperated with the police and also gave media interviews. One witness is a music reporter for the L.A. Times.

The stories the witnesses tell is that the dead man was assaulting a younger Asian fellow with a chain. The victim was trying to fend off blows with his skate board and finally drew a small pocket knife and stabbed his attacker.

It makes little difference who said what to who or even who started the altercation when Garay began chasing the victim with a chain using a knife or even a firearm for self-defense was justified.

Garay fell mortally wounded and the victim was covered in blood. An interesting fact is that at least two strangers urged the victim to change his bloody shirt and flee. The victim followed that advice and has not been seen since.

It is the weekend and the general assignment reporters working are somewhat young and inexperienced but they proceeded to libel the victim terribly. They redundantly called the event a murder and reversed the roles of victim and suspect even after hearing from eye witnesses.

What they left out of the story is that a crime victim who uses deadly force or for that matter anyone under the police spotlight has every right to avoid cops and to remain silent.

What’s worse is the little news bunnies could have accessed the L.A. County Superior Courts criminal database and enlightened their viewers with the dead assailant’s criminal history or lack of it.

At least one LAPD spokesman said that it would be up to a jury to determine the validity of a self-defense claim. That remark was ignorant since the investigation belongs to the L.A. County Sheriff’s Department. Police say they have surveillance video but have not released it yet.

The fact is the cops want to talk to the victim but no competent defense lawyer would allow any client to do that. The victim needs to continue to law very low.

Self-defense cases don’t have to result in arrest and if they do a prosecutor should have the sense and decency not to destroy a victim’s life by putting him on trial needlessly. Imagine being in jail, waiting for a year or three for your day in court. Your job, home, car and wife and children may not be there when you are finally cleared.

Perhaps it might have been a good idea for the reporters to interview a criminal defense lawyer that could clear up some confusion about self-defense.

Under the circumstances some police PIO may call the victim a suspect. If that was the case the reporter should have asked the PIO to clarify whether the they intend to arrest the victim for a crime or simply interview him as a victim/witness.

I purposely am not going to single out and embarrass these reporters. Hopefully they will follow up with some corrective reports.

Update: 24 Aug 12 L.A. County Sheriff’s deputies located and arrested Gen Sim, 33 in connection with the stabbing death last week in a Hollywood subway train. The claim of self-defense is no small issue in this case. There will be no booking photos released to the media, until after an expected line-up is conducted by police to avoid contaminating the identification process.

Sheriff’s records show that Sim has been booked three time in jail within the last month for unrelated allegations. Let’s see if the local newsbunnies flush out the facts this time.

The chain was described as being made out of plastic. There are plenty of steel chains coated in protective plastic or rubber. Someone being attacked by a plastic chain would be foolish guess a chain in flight would only be made of plastic.

The ladies gave this fellow good advice to take off.

I can see some lame prosecutor telling a jury that the killer, "Took the law into his own hands like a vigilante."

Of course there were no cops to protect anyone on the Red Line that night.

This is a case where self-defense with a knife or gun is reasonable and necessary.

We need to know about the dead fool's criminal history and level of intoxication at the time he attacked the victim.