The Left is Hoping Republicans will offer up this Fake Republican 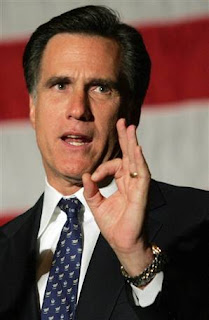 The Republican Party is loaded with pretenders that insist upon running for political office. They are put on the ticket to keep real Republicans and Conservatives away from the polls. It always works.

The most miserable example was the pathetic John McCain that insured an Obama victory. McCain was and is a pretender who traded on this POW status in Viet Nam. Some voters actually think he’s an anti-communist and a Conservative. Nothing could be further from the truth.

The political left wants a lackluster sellout on the Republican ticket because it always seems to work. The left and their media hacks are pushing hard for Former Massachusetts Governor Mitt Romney.

We cannot be led into this trap once again. If this loser winds up on the Republican ticket we will have another election boycotted by Conservatives. The Republican Party leadership has sold out to the Left long ago always supporting sacrificial lambs for the slaughter.

Don’t accept anything less than a real Conservative and that's not Mitt Romney!

well, this is the main problem with representative democracy.

human nature, being what it is, seeks to indulge in the seven deadly sins, playing with fire, as if it were a toy.


it begins with the political party system.

it endures because of the innate nature of 'where's mine', 'what's in it for me' and 'I want more for less'.

it will end when virtues are truly valued more than vices.