California’s Real Live Horror Show is About to Begin 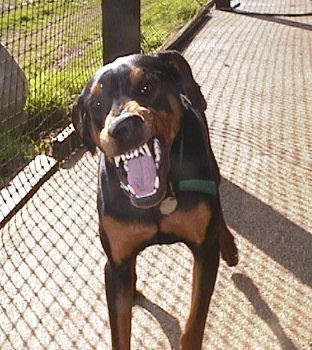 Los Angeles, CA—The Golden State has spent all of its gold and is billions in debt over reckless empire building. That as they opened the doors to millions of illegal aliens they’ve turned into Entitlement Zombies.

There is already a huge medical care crisis here. Thousands of business fled from California’s tax tyranny taking needed jobs with them. Of course the uninsured and unemployed have been left behind.

California has one of the most lenient criminal justice systems anywhere. Before the courts will send criminals away to a prison they need to rack up as many as five felony convictions.

California’s prisons are so overcrowded that the courts have ordered the release of some 60,000 inmates. The deadline is rapidly approaching and the hardened criminals being unleashed will easily outnumber cops by a significant margin.

Even if these convicts wanted to get productive employment and go straight they’re unemployable and will face the reality of no jobs in an already depressed economy.

They will be releasing the first 9,000 and on the average we can expect three felonies per convict each day. The additional beatings, stabbings and shootings will shutdown the already overloaded hospitals.

The most dangerous counties in the state are the same ones that refuse to issue firearm carry permits to law-abiding citizens. You don’t have to accept this tyranny since the Supreme Court as recently ruled twice (Heller and McDonald) that the keeping and bearing arms is constitutionally protected activity.

California’s citizens need to either flee for their lives or stand their ground to seriously deal with an army of dangerous criminals.

My advice is to take the following seven steps.

1. Rethink security for your home and businesses with the understanding police either can’t or won’t respond to burglar alarms. That means you’ll need stronger locks and reinforced entryways.
2. Get professional training to use firearms and of course adequate firearms and ammunition. You will have to simply ignore the unconstitutional laws that forbid you to carry a firearm for self-defense out of necessity. By the way necessity is a valid defense in all 50 states to disobey certain laws.
3. Hire a licensed security expert to conduct a security audit for your home and business.
4. Don’t rely on alarms or cameras since they never stop determined criminals.
5. Raid your animal shelter for their biggest dogs. They need to be rescued and now they can rescue you too. Dogs are far more reliable and loyal than humans. Treat them well and they will protect you, your business and family for sure.
6. Keep your property well lit at night.
7. Women and children should not walk anywhere alone. Stay as far away as you possibly can from troubled neighborhoods.

Man with no country said...

Drudge reports that 49% of all newborns are receiving taxpayer provided food assistance. Last week they reported that over 50% of newborns are non-white. Co-incidence? I think not! The system will break very soon. Thank God. When the handouts stop, they won't come here anymore. La Raza says that 9 out of 10 Mexicans in the US get aid from WIC programs.