Has Our Movie Industry Become a Vast Incestuous Wasteland? 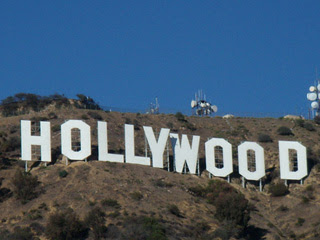 Los Angeles, CA—It used to be that Hollywood would make terrific movies every year. Great stories delivered by great actors were plentiful and ticket prices were somewhat cheap. These days we are lucky to really enjoy more than a few films per year. There is however no shortage of total trash being offered in the cinema today and the ticket prices are higher than ever.

I know that in the heyday the movie studios called the shots and decided what film projects would be made. Agents referred actors and crews and the studios made the choices. That went upside down when the agents and agencies gained control over the studios.

Today, each agency develops and protects their projects only within their core group. The agencies by their nature are incredibly incestuous and that stifles creativity. The agencies have run out of ideas and just make films for the sake of making films.

You can’t maintain excellence without locating and developing new talent with fresh ideas. The agencies are too busy protecting their relatives, lovers and selves from competing outsiders. I’m not suggesting that this is not a natural result of human behavior but it has gotten in the way of making quality films.

The agents have given themselves the last word on green lighting projects and their judgment is clouded by their close relationships with their talent. I’m convinced it is also a case of murdering investor’s profits.

An amazing thing has taken place over the last several years and that is filmmakers with cheap cameras are everywhere. Some of them are quite talented and their talents should carry more weight than their performance on casting couches. There are legions of gifted but unrepresented actors, writers and producers. The unrepresented filmmakers are barred by the agencies from breaking into the business. Lawyers call that anti-trust and the practices are illegal however the agencies always seem to get away with this conduct.

I only know one thing and that the annual Academy Awards Show is hemorrhaging viewers and that’s because the quality of the entries is at an all time low.

Hollywood needs to write a new chapter on film production and open the doors to some new ideas. They need to win back their audience. The Academy Awards should once again generate millions of world-wide enthusiastic viewers.

Hollywood has run out of ideas a long time ago. All we get nowadays are remakes of movies that weren't all that good in the first place. No one seems to be able to come up with anything new or fresh. Well, ever since I was a young boy I have been waiting for someone, anyone, to make a feature film out of one of my favorite stories from my childhood years, and that would be "Frost and Fire", by the great science / fantasy author Ray Bradbury. It is one of many of his great short stories from his collection called "R is for Rocket".

Placed there by a past rocket ship that crashed, the people of the storied land are within sight of another rocket ship on a distant mountain plateau. The plot follows Sim, the protagonist of this story, and his apparently short life on a planet where people are cursed by radiation to live only eight days.

The people of this planet are also gifted with racial memory (they remember their ancestors' memories). However, they do not attempt to reach the sole remaining rocket ship due to the futility of attempting to reach it in one hour, which is the longest length of time between day and night where day brings scorching heat and night brings killing cold.
Plot summary:
Sim is then moved by the memory of his ancestors to find and meet with scientists who make halting progress towards the goal of lengthening the world's decreased life span. Sim, motivated by his dwindling days, makes it his goal to extend his life and reach the distant rocket, despite the protests of his sister and other cave-dwellers.

My son graduated film school 10 years ago, went out to Hollywood and began working on major TV shows as crew. He was editing some of the shows on the aide thanks to helpful editors but because the unions wouldn't let him join the editors union, he finally gave up and came home.... so much for the movie industry.

Hollywood is set up just like the police world.Rife with corruption,backroom deals,fixed unions and more scams than you can shake a stick at.