Blogging and Citizen Journalism is Making Giant Gains in America 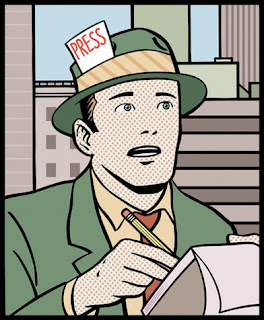 Los Angeles, CA—The so-called, main stream media had a uniform approach and lock on news and commentary for decades in America. The 1980s brought Talk Radio and new life into broadcasting and for once, different opinions.

Soon the Liberals excessively whined about the Conservative talkers and renamed Talk radio, Hate Radio. Liberals were never fond of our First Amendment except to get their own self-serving message out.

The Liberals tried to launch their own talk shows and to a one, they all failed. Americans were waking up and discovering other views! Americans began to debate things like never before. Additionally the political divide in America became more pronounced and noticeable.

I personally thank talk radio for exposing the folly and failure of Gun Control laws. Americans finally learned that gun bans, registration and restrictions only had an impact on the law-abiding. As a direct result, concealed weapon carry for ordinary law-abiding citizens is permissible in all but two locations, Illinois and Washington, DC. Pending litigation shows promise to establish the right of self-defense empowerment everywhere.

The Internet is celebrating its 20th birthday. The Internet gave anyone that embraced the technology the power to publish text, photos, audio and video!

Internet bloggers were born and were making a difference. The best example is when The Swift Boat veterans audited John Kerry’s claims of his Viet Nam service. Kerry’s campaign was derailed. That was during the period that Dan Rather was exposed by bloggers as having smeared George W. Bush with forged documents in a 60 Minutes hit piece designed to throw the presidential election. Rather slithered away from CBS News in well-deserved disgrace.

Citizen journalists usually lack the training and don’t understand just how they can gather news material. Too often they rewrite existing news stories and call them their own.

Citizen journalists are finally learning how to locate and interview newsmakers and how to find and use public records. They are also learning how and where the established reporters and producers get those press releases. Citizen journalists are becoming more empowered as they have learned how to aggressively confront newsmakers to expose the when, where, how and why to the world.

Some bloggers have captured and published great photographs and a few are learning how to shoot, edit and embed video into their blogs. Frankly the population of America is becoming more illiterate every day and can’t read well enough to get much out of text. Video is more important by far, especially with viewing screens absolutely everywhere including pockets and purses.

One benefit is that some bloggers have been able to quit their day jobs because of their business skills to utilize advertising for much needed revenue. That in turn enables expanded resources and better content for the bloggers.

The most fun part of all is that the Internet’s new Citizen Journalists have been taking viewers and readers away from the main stream news organizations along with their advertisers!
Posted by Paul Huebl Crimefile News at 8/07/2011 07:42:00 AM