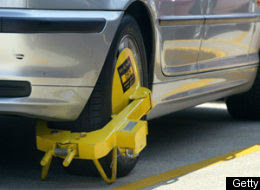 Chicago, IL—Former Mayor Richard M. Daley’s tyrannical rule of Chicago endangered the lives of cops. How so you may ask? Daley built an economic wall between citizens and cops thorough his extortionate traffic fines.

In the corrupt greed that financed as much as a $1billion in unneeded public works projects like endless miles of dangerous, traffic snarling concrete planter boxes generated campaign contributions from the contractors.

I don’t need to tell Chicagoans about taxpayer flight in avoidance of Tax Tyranny. The reality is depressing to say the least.

The shady parking meter fiasco along with those mercenary fines, have punished every working citizen of Chicago. Imagine trying feed a family during these difficult times. That as you collect parking tickets because the politicians are ever increasingly creative in their zeal to trap you into various violations. Soon your car gets booted, towed and you’re pushed well beyond the breaking point.

Everyone automatically associates this extortion program with the police. That’s even if its civilians not cops writing the tickets. The cops are the hammer the city always uses to victimize the public.

In the old days the local courts had a policy if dismissing virtually every ticket issued if the recipient bothered to show up and contest the citation. That was a PR program designed to protect those who could least afford these fines. That program was ended long ago and the somewhat friendly courts are places that citizens must fear today.

The most serious problems are in the African-American communities. They are the most impoverished and handing them a citation is just not the same as for wealthy folks that can easily pay for private parking at the rate of $35.00 per day.

Of course it’s the police that are required to be the ultimate extortion agents and their enforcement activities are viewed as racial profiling and hate. Of course the cops that don’t do as their commanders demanded face punishment for not citing everyone for absolutely everything possible.

The only way the City of Chicago can survive is to end the extortion. They have not figured out how to build a wall around the Windy City with guards to keep taxpayers from fleeing. The cancer of Tax Tyranny must be eradicated and taxpayers need to see Chicago as a place to prosper or Chicago’s magnificent buildings will soon be vacant.

Instead of being respected, cops are feared like any mob collection agent. Cops presently are not viewed as being there to protect the citizens but to rob them at every opportunity. I don’t think that kind of policy and perception improves the quality of life anywhere.

Mayor Rahm Emanuel can simply plod on making the same mistakes as his recent predecessors. On the other hand he could surprise us all as a great Mayor that returned Chicago to being a great place to live, work and raise children. Imagine all the room for free parking that could have been saved without the hated concrete planter boxes.

A great place to begin a good faith effort is by reducing fines, parking fees and taxes by half.