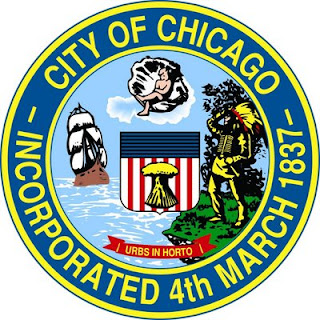 Chicago, IL-- Police Supt. Garry McCarthy has been ordered to make catastrophic cuts into the police budget. I feel obligated to help him with suggestions.

Police bodyguards of Chicago’s current and former officials must end altogether. Sworn and trained city cops are not needed for this duty anyway. Those who believe they need that kind of protection, for a lot less can hire civilian security guards at their own expense. City officials are not royalty. Perhaps if they are afraid they should resign and drive cabs or work in convenience stores instead.

Police have been protecting Barack Obama’s empty Hyde Park home for nearly three years around the clock. If that must be done let the Secret Service handle it. It would be far cheaper for the city to purchase his home and find him a new one if and when he returns.

There is really no other solution here but to end this perk for good. Even the Mayor, Aldermen and Superintendent of Police should be capable enough to commute to work like everyone else.

The aldermen have the coveted city enforced Second Amendment right to arm themselves for self-defense. Perhaps they should arrange to get some training at one of the newly authorized firing ranges.

End all resources dedicated to vice enforcement except those in place that are designed to protect children from exploitation.

Misdemeanor cannabis possession should never result in booking. Complaints and release should be the standard enforcement. That alone will all but end cannabis enforcement because cops won’t bother to write those citations.

Any misdemeanor offense where the officer feels the peace is not endangered should be resolved with a complaint and release rather than booking.

That will result in far fewer arrests and the massive amount of court time they consume.

Reinvent the status of light duty to utilize the skills of officers that can perform limited functions like manning the communications center, call back and desk duties.

I can remember a uniformed, sworn officer with both of his legs amputated working in the communications center in the 1960s. He was thrilled to continue on in a place where he felt useful and needed. Today he’d be forced to stay home and collect money. I also think he’d have gone to an early grave as a result.

It’s time to end the practice of spying on officers suspected of living outside the city.

The city should stop the redundant and unnecessary function of gun registration. It never solves crimes and the Supreme Court has ruled twice that felons are exempt from filling out registration forms because it violates their rights against self-incrimination. I suspect that the city will be forced to return all the fees they unlawfully collected from people engaging in constitutionally protected activity of keeping or bearing arms.

The city should also end their unwinnable efforts to defend city gun ordinances in court.

Video teleconferencing should be used whenever possible to reduce wasted time in commuting and unnecessary fuel usage.

Surely you jest. My God if you removed "bodyguards" from these politicians, how could they park in front of restaurants and have their personal valets waiting on them. If attending to medical appointments they wouldn't be able to pull up and have an armed driver waiting with their ride. They would have to carry their luggage when catching flights, as well as carry their own golf bag when on the links. Surely you ask too much and are too unreasonable.

Off topic. Half of the Congressional Judiciary Committee is made up of Marxists from the Democratic Socialists of America. 70 members of congress are card carrying members. See the complete list of names at thegatewaypundit.com. Paul, you should have a permanent post of those names.