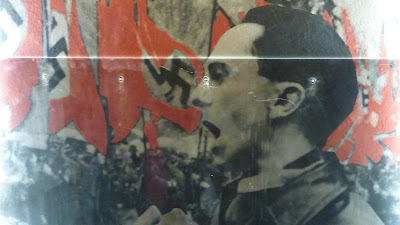 Milwaukee, WI—The despicable and violent racial attacks committed against innocent White patrons of the Wisconsin State Fair were and are indeed newsworthy. These violent assaults must be reported on by anyone claiming to hold the public’s trust as a media organization.

The duty of a news reporter is to provide the public with the when, where, how and why of newsworthy events they publish or broadcast. Filtering or covering up newsworthy information is unforgivable and always against the public’s interest. The sad truth is that’s exactly what numerous broadcasters and news organizations have done.

The truth was on Thursday evening large mobs of cowardly African-American thugs began targeting White fair patrons for racially motivated vicious beatings. Police were able to make scores of arrests and many of the White victims required hospital care.

Some media organizations left deliberately covered up the racial aspects of these criminal assaults, the races involved and went so far as to characterize these race motivated attacks as “fights”. Are these reporters really that inept or are they trying to change the facts to suit a political agenda. The answer is obvious. These reporters intentionally mislead people with a fairytale of fair goers engaged in some form of mutual combat.

The media in America has become little more than a Leftist propaganda machine misinforming and misdirecting Americans at every opportunity. Josef Goebbels would be proud of this Socialist method of informing the public.
Posted by Paul Huebl Crimefile News at 8/06/2011 12:02:00 PM

This article also popped up today, on the same subject...

-News directors for the city's three major local news networks are considering signing a joint agreement on coverage policies regarding Pittsburgh's black community as part of an effort to add positive messages to the news as an offset to crime coverage.