Cops’ dealing with curbside photographers is just another learning experience. 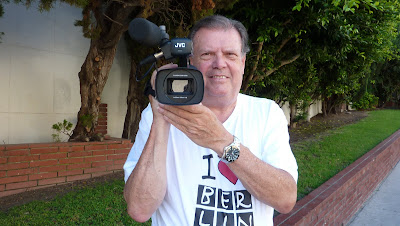 Los Angeles, CA—Most veteran cops never got training on handling this situation in the academy. There are from time to time informal station discussions and most of those involve creative methods of confiscating cameras and arresting the photographers. Generally it’s best to ignore the photographers other than to make sure you have the best evidence that will support your reasonable conduct.

We all hate the idea of wise guys with cell phone cameras that want to show cops in the worst possible light. They seem to be everywhere.

The First Amendment allows anyone to gather visual, audio material, make notes and broadcast or otherwise publish what they wish. There are legitimate private property issues and of course issues arise when the events occur in places where there is a reasonable expectation of privacy.

On the street where you are enforcing codes, making arrests or aiding people in distress capturing video and audio is absolutely constitutionally protected activity. That is as long as you’re not being somehow hindered from your duty.

Because the cameras are everywhere today you’d be a fool to make a bogus arrest or use excessive force. Police sometimes must use physical force as they are trained. Of course some officers manage to get compliance with polite requests and others are prone to more masculine and dramatic ways to assert their authority.

The cameras can either be your best friend or worst enemy. I know cops that have prayed for some video to somehow surface that would prove their reasonable conduct. The sad truth is the lies of citizens have cost many a cop his career and pension. I have seen that happen with my own eyes.

I want you to know that I’m never without a video camera and will use it whenever possible to record professional cops for this blog. I have no interest in capturing video that shows cops in a poor light. I’m learning how to deal with cops so they don’t fear or become annoyed with my efforts. I have to count on their patience and professionalism as they must with mine. So far there have been no problems, just a few questions.

I would be thrilled if my video could save a career or at least get some outstanding officer special recognition for a job well done. The last thing I want is to embarrass some cop doing his job. So when you see me out there please cut me some slack.

You must learn from the mistakes of others that have made creative but bogus arrests for crimes like eavesdropping. You are aware of the camera and you also have the ability to simply not donate your voice for recording. Reliance on that kind of basis for an arrest may cost you dearly before it’s over.

Many people with cameras are fulltime news employees or contractors. I gather video for television news routinely but rarely jump out of those news vans and live trucks. My news video cannot generally be posted here on the blog for legal reasons.

In short get used to the cameras because they are here to stay as long as we maintain a free nation.

Here is an ACLU video that shows two scenes. The first is wonderful. Three officers make an arrest of someone violently resisting. They use minimum force and nobody is injured. Things however went wrong as they arrested the cell phone camera man.

The second video shows one officer giving jabs and punches to a prone subject also resisting. I really can’t judge from the video whether the force was excessive but once the fact of the arrest unfold it may all come clear. The cell phone cameraman was arrested in the second event. Will that cameraman’s arrest lead to allegations of evidence tampering or covering up excessive force? We all know the answer to that one.

In both cases arresting the cell phone cameramen was anything but productive. The reality may bring disgrace, unemployment and a nasty civil judgment against some working cop.

Read this link and then see the video below:

Here is the Opinion:
Court Opinion of Recording Police in Public

Paul, whats your take on the illinois citizen that the court is putting in jail for life because he video taped an arrest?

I doubt that will happen because all of these cases where the accused stands firm the charges hitbthe garbage can. This appears to be a war if wills.

Illinois hasnt received the memo yet.