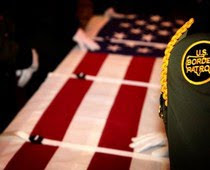 Washington, DC—Not long ago there was a story a week at the minimum where some politician would whine about American gun rights being the cause of Mexico’s violent crime. They would cite data showing firearms manufactured by American companies being used in mexican crime.

Most firearms in possession of the Mexican police and military establishment are American made. The pictures of the weapons seized in Mexico reveal that most are select-fire weapons that were imported legally through proper government channels. The weapons were stolen within Mexico. Still the stories were consistently published.

Then the Gunwalker and, Fast and Furious scandals broke that showed the Obama Administration deliberately putting thousands of guns in the hands of Mexican Criminals for the drug cartels and the notorious MS-13 Murder Gang of Honduras.

The Obama Administration claimed this was some law-enforcement sting effort aimed at preventing such crime. That tale is beyond lame and an insult to any rational person. The fact is the Obama Administration knowingly and intentionally aided, abetted and facilitated murders both in Mexico and the United States.

The Obama Administration had created a gun violence crisis to use for pure political propaganda purposes. This was nothing less than an effort to manipulate American and international opinion favoring gun bans.

Now those stories are no longer newsworthy because they are now an embarrassment to the media lapdog’s beloved Obama. The deadly Obama Administrations propaganda efforts backfired and resulted in the deaths of two know federal agents and countless other innocent victims.

We need to get this matter in the hands of a Special Prosecutor so that every person who broke laws is brought to justice.
Posted by Paul Huebl Crimefile News at 8/04/2011 07:35:00 AM