African-Americans and their Culture of Genocide 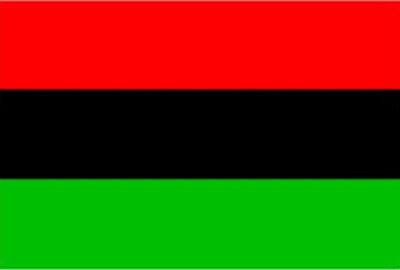 The Socialists and Communists in our society courted Africa-Americans promising them a free ride beginning in the early 1960’s. The Socialist leaning politicians gave this race a false concept that their future generations were owed a living for past transgressions of slave owners and such. A culture of abject failure and heartbreak was born.

African-Americans were taught that they need to keep an identity and culture separate from that of the White majority. Unfortunately that culture was bankrupt and this effort has constructed a defective racially based program for the ignorant, needy and lawless. It is a culture of failure, despair and doom.

African-Americans were encouraged to avoid meeting goals of success as a way to avoid conformity. They were supported in the pathetic and misguided adaptation of the English language into what they have called Ebonics. A counter-culture of trash talking, ignorant, idle and unemployable savages is what has emerged.

Public schools soon became day care warehouses for single mothers who have made childbearing a growth industry. The more children they have the more taxpayer funded entitlements they are handed. The schools are controlled by the Leftist run, teachers unions that contribute little to inspire Africa-American children to live the American Dream. Instead they are programmed for total failure.

Today’s African-Americans pride themselves as having rejected anything legitimate that would bring them wealth or success. African-American success goals are in the area of sports, Black Entertainment and organized crime.

I can’t imagine what single mothers are thinking when naming their children. These mothers curse their children With culture influenced names that guarantee their future employment applications won’t get a second look.

Racial polarization is more pronounced than ever in our lifetimes. What has happened is nearly an entire race present in America has been deliberately infected with a deadly disease that will eventually eliminate them from the planet. That is nothing less than genocide.

CAVEAT. While this message is 100% true, I would only ask everyone to remember that this is 2011 - don't assume anything about anyone.

Until a person self identifies him/herself as "African American," or expresses something that tells you about their socio-political biases, or victim-class status, remember - you don't know one thing about that person except what they look like.

Do not assume anything based on someone's appearance. Please.

I was educated in integrated Jr and Sr High Schools. The blacks I went to those schools with had Middle Class dreams and aspirations. Most have met with such success over the past twenty five years.

What we see today is a devolution by blacks at the hands of other blacks, as well as the racist Liberal establishment. We on the right tell folks to go out and be all you can be, while those on The Left tell minorities that they cannot succeed without the benevolence of Liberal society. In turn, blacks willingly enslave themselves, waiting generation after generation, for someone to deliver them from the non-existent evil that lurks beyond the plantation gates.

Miss, Mr or Mrs CAVEAT can lick my balls.
Don't "assume" until the person identifies him/herself?
You're not serious are you?
I would "PRESUME" what a street gangster wearing their appropriate gang colors, latest fashion tatoo or has a strange bulge under his or her shirt is about. And I don't know him.
I would "presume" what that person running on foot, in a car or on a bicycle-from the scene of any crime, be it a theft, a shooting, or whatever as Police arrive and despite not knowing that person, I would presume and assume he or she had something to do with that crime if not being the offender then presumably a witness. And I don't know that person either-other than what the back of his coward ass looks like.
Can I assume than and only because of the quick, couple of examples given that you in fact are a moron despite you not expressing your socio-political biases or victim-class status?!?

Self hatred is a disease. Giving your enemies the benefit of the doubt? Please.

Beautifully written commentary, and spot-on. It's not a culture - it's cultivated: Polarized & incompatible.
There's nothing more refreshing than a Black man wearing normal clothes and speaking eloquently without a stiff brow - those are the success stories. Our public housing system has back-bred (look-up back-breeding) a society of African americans more savage than their predecessor slaves. Inbreeding, lack of education, poor nutrition and lack of influence fro mintelligent adults has resulted in millions of useless kids with no future or purpose in our society - and that is even more horrible than slavery.

"African" American ?? Most of these ghetto turds could not find Africa on a map if their nappy ased lives depended on it!!! Let the cocksuckers shoot all they want at each other!!!

People like the idiot at 1254pm on 15 Aug are the prime example why Blacks started depending on the feds decades ago. The local govt and states were not coming through hence the National Guard being used to BLOCK students from integrating schools. While I agree w/ Cosby 10 times over, you numbnuts still don't see how decades ago you had Black children wanting to go to school, wanting to do something with their lives etc and you better ask the question "What happened?" b/c I'll tell you this, there is no way we could have created this disaster on our own. We got PLENTY of leadership from youse guys and now that the pot's bolied over we get all the blame. You cry about affirmative action but aren't sorry for when HIGHLY QUALIIFIED BLACK PEOPLE weren't hired only b/c they're Black. One day you'll see if you weren't such bigots then we wouldn't even be where we are now.