Business Owners: Why Suffer in the USA When You Can Relocate to Avoid Tax Tyranny? 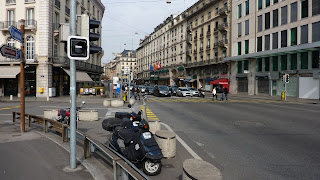 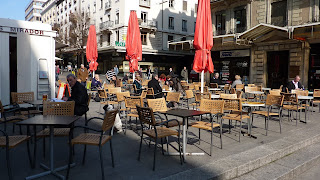 Geneva, Switzerland—In the land of chocolate and cheese corporations pay far less than half in taxes than here. The frugal Swiss government welcomes American businesses with open arms and bargain taxes along with countless other nations.

Our own government run by those Communist and Socialist pretenders refuses to downsize as they chase away every last job from our shore. Our politicians simply don’t get it. Americans are voting with their feet to escape slavery.

Isn’t it better to have 300,000 business paying 15 % tax than 100,000 businesses paying the 35% tax? Now take into consideration the loss of American jobs aggravated by the flight of the businesses. How many American individual taxpayers have we turned into Entitlement Zombies by chasing their needed jobs away?

Cuba, North Korea and the former East German Socialists had the cure for this flight. Anyone caught leaving those nations, are simply shot dead. Will Homeland Security efforts be redirected to holding Americans and their businesses captive to end the non-stop hemorrhage of tax induced job loss? The government monster can’t be forced to feed on itself.

Did we tax away enough jobs to create a vast healthcare crisis by creating legions of unemployed with no way to pay for insurance?

Would America really suffer if we reduced government across the board by 50%? Imagine if we sold just 30% of the commercial real estate acquired to facilitate all that government we really don’t need?

If only we could only end slavery once again by simply lowering taxes the American Dream could be saved. Jobs would return and people would by enjoying employment, health insurance and supplemental retirement. The endless entitlements doled out to the idle would eventually slow to a trickle if we could just bring businesses back to America with some serious tax breaks.

Our politicians will never do this on their own they must be forced by the voters.

Some interesting info on historical tax rates in this country.

Back in 1913 there were only three brackets:

That income tax was repealed in 1872 and after some Supreme Court cases and an amendment to the Constitution (16th), income taxes reappeared in 1913.

1918: The top rate was in fact 77%, because tax rates were raised in order to help pay for World War I. Tax rates started to fall in the years afterwards.

1932: Rates had been falling the past few years until 1932 when the top rate was 63% (if you think this is bad, wait until the US was deep into World War II). This rate increased in the years leading up to and including World War II.

1988: “Read my lips: no new taxes” said George H.W. Bush in 1988 – three years later the top rate was increased from 28% (in part due to a recession and legislative deadlock), where it had bottomed out, to 31%. As you may remember, President Bush Sr. wasn’t asked to return for a second term.