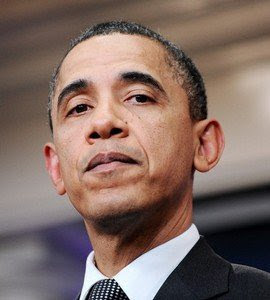 Washington, DC—We all have laws we hate. I hate the drug laws, gun laws and the Patriot Act. If I, or anyone dare lift a finger to interfere with the enforcement of those laws we will quickly find ourselves, in Club Fed because that’s the law of the land.

If any American takes a step from preventing a federal law enforcement officer from doing his or her sworn duty to make an arrest we always arrest and charge them with Obstruction of Justice.

We gave Congress, not the President the power to make laws and provide for exceptions and immunities. Any American President or other public official obstructing justice can and should be prosecuted.

The rub here is the federal cops are controlled by the Whitehouse, and enforcing those laws against the President without an appointed independent counsel is absolutely impossible.

Congress made our immigration laws and now the President without lawful authority is interfering with enforcement of the laws. He has unlawfully ordered the DOJ to stop deporting foreign trespassers. He claims he is only going to allow the deportation of criminals. However Congress has long ago made illegal entry into our borders a crime so that claim is beyond lame.

We even have a more serious issue of criminality by the Whitehouse. It is that the Whitehouse through their DOJ actually enabled, incited and encouraged a violent crime crisis in Mexico and Central America. They knowingly caused thousands of firearms to be funneled to known criminals for the unlawful exportation of the weapons to criminal organizations south of the border. Those guns were used in many murders on both sides of the including that of two of our own federal agents.

When anyone knowingly provides a deadly weapon to a criminal who then uses it to commit a crime and someone is killed we charge them with murder. It carries the same penalty as it would for the actual criminal pulling the trigger.

Giving the Whitehouse a pass on these serious crimes sends the wrong message. Perhaps now we can all decide what laws we will chose to obey.

Have we somehow given a President with a 39% approval rating powers and immunities that don’t exist under our law?