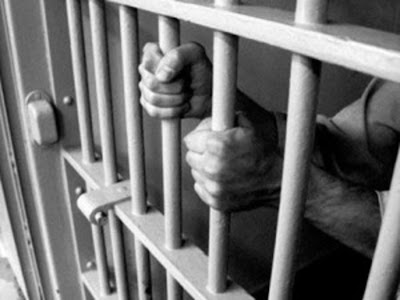 Chicago, IL—Too many Americans lose sight of the real function of our Criminal Justice System. It’s not about actual guilt, but simply guilt that must be proven beyond a reasonable doubt. If we cannot prove an allegation the accused must go free. That means that there are always going to be some people that get away with murder.

We seem to forget that these days only 35% of homicide cases are solved by arrest. Just three decades ago we solved over 80% of the homicides by arresting, convicting and punishing those suspects we grew to hate.

I hope you’re wondering why the rate of homicide solution has fallen so low? Technology like DNA, surveillance cameras, data trails we leave with our credit, debit and even those Link or EBT cards handed out to freeloaders, clear suspects routinely. The new technology has eliminated thousands of misidentifications by mistaken or deceitful witnesses.

The drastic drop in the solution rate for murder in the last three decades makes it abundantly clear we destroyed many thousands of innocent lives who would have been cleared by modern technology.

Suspects usually come from a special class of people. They live on the fringe of society and tell lies with incredible ease. They have issues with drugs, alcohol and often mental illness. Sometimes they have well-earned and extensive criminal histories. They are the, “Usual Suspects”. Additionally they generally have really bad attitudes and are only to egger to express their hatred of police.

If you take a usual suspect and place him near a crime you can have a perfect storm that may snare the wrong man. This is doubly bad since the actual criminal get’s the euphoric experience of knowing he pulled off a perfect crime.

We all think we have a special instinct to know if a suspect committed the crime. There is no scientific basis for that anymore than the ability to predict which horse will win a race. When cop’s guilt detection instinct kicks in and is reinforced by other cops bad things happen.

Prosecutors jump on the bandwagon and lives of innocents are destroyed even if the accused is somehow later cleared. It’s no secret prosecutors can indict a ham sandwich with ease. While waiting one to three years to get their day in court those later declared innocent have lost their jobs, homes, cars and families.

Getting out of jail with only the clothes that were on your back the day they were arrested is beyond miserable. Imagine when they take suspect’s clothes to the crime lab to cut out samples and jail him in a white paper suit. They open the door and let the now destitute but cleared suspect out wearing that. It really happens.

We all want to see the guilty removed from society and punished. To do that, we need clairvoyants and mind readers. It’s not going to happen at least during our lifetimes.

We can’t help justice by placing our thumbs on the scale. Today we have the avenging “Victim’s Rights” angels of True Crime Gossip Television that will tell us all who is guilty. They are the leaders of today’s lynch mobs. They are at their zenith as they castigate a jury for not convicting someone they hate like Casey Anthony in Florida.

What we need to do is gather real evidence and let an unbiased jury weigh the facts as they exist. We must not be offended or angered if the suspect is freed. By their nature real criminals always reoffend and will soon be in another spin of the Criminal Justice Wheel of Fortune.

The system is not perfect but our own freedom and liberty is endangered when we tamper with the system of justice our founding fathers gave us with their blood.

The Gestapo and the SS dealt with crime for 12 long and notorious years in Germany. They had a “wonderful 100% conviction rate”. Right now in the USA we only have an 80% conviction rate in our courts. We can always raise that to 100%, but at what cost?