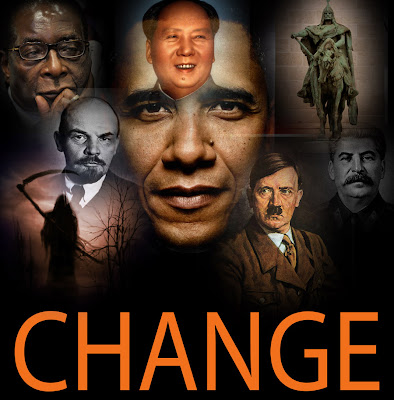 Washington, DC—The Obama Administration knows they have lost their majority and are facing serious resistance to their agenda. The Obama agenda is grinding to a halt as Americans and some elected officials are discovering the reality that we are in the middle of a creeping Marxist revolution.

Obama will never accept defeat of his agenda and can be expected to do what all Communists do, rule with an iron fist.

Anyone who is not fully aware by now that Obama is a textbook Marxist is either a moron or a total fool.

Obama’s vast entourage is looking to use a force of felons, illegal aliens and even foreign troops to topple Conservative resistance. They are hoping to get a portion of America’s law enforcement and the military to back Obama rather than the American ideal and our Constitution.

Radio, Internet and Television will be subject to total emergency censorship government control.

Obama will promise instant cash, citizenship, and pardons to their new recruits with nothing to lose and everything to gain. The Obama recruited forces will also be rewarded with the spoils of any violent adventures. Real and instant wealth redistribution will motivate the worst possible conduct of criminals and the illegal aliens.

The other day House Speaker, Nancy Pelosi tearfully suggested violence was on the way. Pelosi has inside information of thousands of angry ACORN workers about to lose billions in free money. Pelosi’s tears are real despite the fact she is a big part of the problem. We are in the beginnings of a full-fledged Civil War. This may be the bloodiest war America has yet to experience.

It is time to collect non-perishable food, water and medical supplies for those who have already stocked up on millions of rounds of ammunition.

Is the impending H1N1Flu Pandemic going to provide Obama with the tools he needs to finish the job he started? God help us all
Posted by Paul Huebl Crimefile News at 9/19/2009 08:45:00 PM

It is interesting that you post this only because there are some of us in Az. that have been having this very same discussion and are taking step to protect ourselves when it finally happen.I wonder how many other Patriots feel this way in OUR country.

You can NEVER have too much ammo.

The Chrisian community has warned the citizens for a couple decades now. This is called the New World Order. And it must be resisted.

Who is the enemy here? You're a former cop, do you think the local police force will enforce any measures handed down by Obama? Do you think the military would follow an order to march on its own people?

I hear a LOT of this rhetoric from people on the fringes. The irony is that none of these people seem willing to stick their own necks out to protect their freedom.

If you're not willing to defend yourself against evil, you shouldn't try to convince others to do it for you.

To: Anonymous said...
You're walking a very fine line Paul.

Who is the enemy here? You're a former cop, do you think the local police force will enforce any measures handed down by Obama? Do you think the military would follow an order to march on its own people?

I hear a LOT of this rhetoric from people on the fringes. The irony is that none of these people seem willing to stick their own necks out to protect their freedom.

If you're not willing to defend yourself against evil, you shouldn't try to convince others to do it for you.

I am a Chicago Cop now, and have been for many years, and a lifelong Chicago resident.

This is coming in small doses and it is building. It has been coming from lawyers at places like the Peoples Law Office who sue the police over every small thing. It comes from the news media who call people who shoot at the police and then get shot "victims" and then put phantom witnesses on the air.

It comes from a mayor like Daley in Chicago, who has appointed almost all new aldermen. He made the rank of Captain on the Chicago Police Department a political appointment. Right now he is moving to retire as many of the senior officers as possible.
the CPD is running short of personnel and will continue to dwindle. They will not be replaced until the 2016 Olympics roll around. The Superintendent is a former FBI agent who is viewed as a fool and a political tool of the mayor. He is destroying the department, and what replaces it will be built around the Obama initiatives. The people and their rights be damned.

The only thing that can stop it is, I pray, that people get so outraged by this and that Obama is a one term president.

God Help Us, I hope we can hold out and repair the damage.