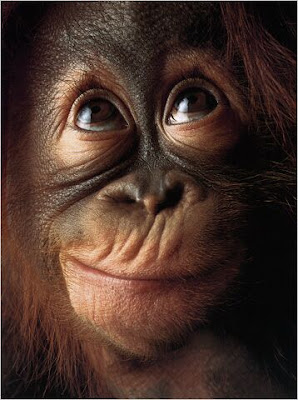 Phoenix, AZ—He is the bane of the government officials trying to keep up the spending for things Arizona taxpayer’s don’t need. He is the arch-foe of big government tyranny and extortion. He’s been caught on Arizona's revenue generating speed cameras more than 90 times.

The Department of Public safety's process servers stalking him have served 37 citations on a man they claim has a secret identity, Monkey Man.

The culprit is believed by some officials to be the registered owner of the car they claim Monkey Man drives. A DPS surveillance operation allegedly photographed Dave VonTesmar in the act of donning his highway disguise.

Learn more about that genuine patriot and super hero, Monkey Man in the video below.

I support him too. However now he may have to commit perjury by lying on the stand, and that's not good.

It disturbs me to learn there are still Americans that don’t understand that there is an absolute right that nobody has to incriminate themselves.

It is the government that must prove guilt. Testimony from the accused is not needed.

I don't like cameras....if you can't get a speeder or red light blower with a real live police officer, then tough shit! My opinion.

We need copycats.This is great!!

sorry, I thought it was an artical about obama..