The Harsh Reality Of Guns Ammunition And The Obama Factor 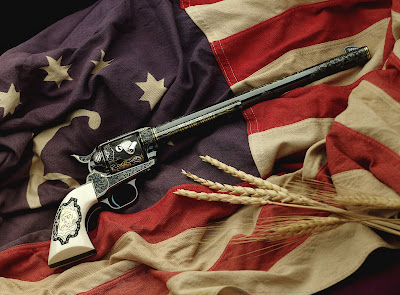 It is no secret that Barack Obama never found a gun ban he did not absolutely love. While in the Illinois General Assembly Obama voted for every restriction on gun rights he could and on the other front opposed any efforts to allow any relief from gun bans.

Whatever Obama claimed to in the way of support for the Second Amendment during the Presidential campaign was simply a lie. His actions spoke for themselves. Obama’s transition team brought in their anti-gun rights agenda and quickly posted them on their website.

So far there has been no serious attempt to implement those new restrictions. You can bet they will try to use some crisis or tragedy to shove their despicable un-Constitutional gun laws down American’s throats. Right now, America’s lawmakers remember all too well the Congressional purge of 1994 that Bill Clinton credited to the NRA and gun owners. The purge was a direct result of the now expired so-called, Assault Weapons Ban.

Obama became the greatest gun salesman ever and our small arms makers are in the money. Shortages of ammunition and guns are rampant despite assembly lines running 24 hours per day.

Various media pundits are saying gun owners are stocking up in fear of future restrictions. That’s really an overly polite interpretation of Reality.

The gun owners I know that have been hoarding guns and ammunition don’t fear new restrictions because they are planning to forcefully resist any attempts by politicians and bureaucrats to disarm them. Gun owners are and have been preparing for war all along.

The U.S. Supreme Court Heller decision has emboldened nearly every gun owner placing them on solid legal ground to use any and all force necessary to protect their guns and their rights to keep and bear them.

Simply put there will be no more Waco or Ruby Ridge massacres. Those officials that would dare begin confiscation raids can count on some furious resistance. Law enforcement or military members have a sworn duty to the Constitution and not Obama’s personal gun-rights hatred. Those who forget their oaths may well be sent to their loved ones in rubber bags.
Posted by Paul Huebl Crimefile News at 9/14/2009 01:30:00 PM

The full transcript, including audio recordings as well as transcriptions of the oral arguments and announcements of the Heller decision, is available at http://www.oyez.org/cases/2000-2009/2007/2007_07_290

Freedom isnt free folks.Rememeber how this Great Nation was formed.

American Patriots are preparing,just like they did when the "lobster backs" marched on Lexington and Concord.

Here's what Brits can carry to defend themselves: http://www.youtube.com/watch?v=bO8G5zsQohg&feature=player_embedded

Now, if it was just available with a 357 Magnum option here in the states ...