ACORN And Their Criminal Staff Members Sue Those Vigilante Journalists 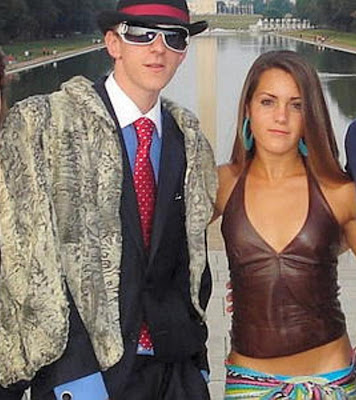 The civil complaint was filed today by ACORN’s lawyers in the Circuit Court for Baltimore City. If the case survives the summary judgment phase it conceivably will be sent to a jury where a simple majority vote would prevail.

Thompson and Williams are part of a tax supported criminal organization that has perpetrated a decades old crime wave. ACORN has been protected by government officials in an organized crime operation that would even have made Al Capone envious.

The disgusting display of Thompson and Williams was never intended by them to be heard by anyone not involved in the criminal conspiracy. It’s now clear that ACORN and their agents feel public exposure of their use of taxpayer money is some kind of private affair. They are seeking at least two-million dollars in damages from citizen journalists, James O’Keefe and Hannah Giles along with Breitbart.com that hosted and promoted the shocking videos.

The ACORN claim is that Maryland law requiring all parties to conversations to give consent to voice recording in advance was violated. They further allege that the recordings caused the very two employees ACORN publically fired to suffer "extreme emotional distress."

Okay, I can’t seem to figure out just who caused the distress here. Was it ACORN, the two ACORN agents or the journalists that brought on the emotional distress? The journalists simply recorded the ACORN criminals doing what they do best.

The Illinois court said that real issue involved the memory or note taking ability of a conversation participant. Recording the conversation was nothing more than enhanced note taking. In the ACORN case we don’t have to worry about whether O’Keefe and Giles exaggerated or got the ACORN side of the conspiracy wrong.

Currently the only requirement for secret one party consent recording in Illinois is that the person/s recording must be private citizens and not government or government agents.

One thing for sure this story is far from over and we can only hope that evil is suppressed and good prevails. Frankly the taxpayers deserve a break here.
Posted by Paul Huebl Crimefile News at 9/23/2009 04:15:00 PM

I too hope that O’Keefe, Giles and Breitbart prevails.

I just wished they had been better preparded for the legal battle and conseqences. Or perhaps they were?

Eitherway they are patriots.

I'm confused Paul. When that whore mayor of Chicago set-up Miriam Santos when she got caught strongarming people on the phones for campaign funds, wasn't that just private citizens recording her?
As you recall, the stuttering prick put her charge of the Police & Fire pensions,then she refused to allow him to tap into those funds at his will, thus making the dictator a bitter enemy.
Wasn't there any wiretap laws broken in her case? She sure got hammered in court.

The IL law allows any prosecutor the ability to give police the power to record. A judicial warrant can be obtained with probable cause.

A citizen no longer needs permission to record as long as that citizen is a part of the conversation.

Acorn being the power mad, stupid, group they are has tried their ultimate tactic! Intimidation! This tactic has worked in the past due to our society's politically correct attitude. All bluff and no substance will not work this time. Acorn has also stupidly opened themselves up to a legal process called Discovery. It will be interesting to see what comes of this. Finally shining the light on these cockroaches. The Feds will almost certainly be forced into using RICO against these mobsters. The Feds may not like it but they cannot hide from the public view and sweep this under the rug.
Good guys ..........5
Bad guys............0
Paul in Texas

Does anyone happen to have the opinion from People v. Jansen, 561 N.E.2d 312, 314 (Ill. App. Ct. 1990)? I see a lot of sites referring to it but no sites giving any relevant citation. I'm just an average person who has no know on finding this stuff so sorry if this seems like an ignorant question! lol. Maybe someone could even point me in the right direction for getting the text of the case opinion/holding. Thanks!