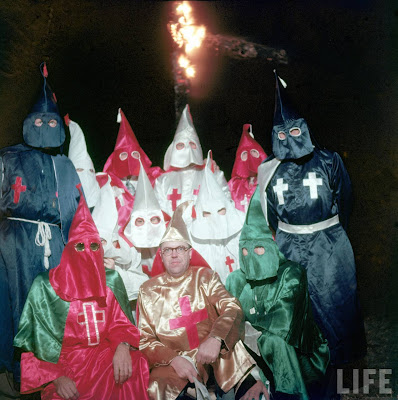 Chicago, IL—They went out and terrorized the African-Americans with savage brutality. They intimidated and murdered, being inspired by pure hate.

They said the Ku Klux Klan’s days were over. They said the Klan was run out of America but they were wrong. The new KKK is here and hateful as ever. Age and sex does not matter to these bigots as they keep the Cook County Morgue, and hospital emergency rooms overflowing with genuine hate crime victims.

The killing of Chicago’s African-Americans is so effective it can be considered genocide. The old KKK did not hold a candle to Chicago's new breed.

The new Klan kills with more effectiveness than ever. They are diligently working on the Final Solution to the African-American Problem. They are more frightening than ever. Today the new breed of hate mongers, are themselves, all African-American like their victims.
Posted by Paul Huebl Crimefile News at 9/28/2009 11:49:00 PM

Email ThisBlogThis!Share to TwitterShare to FacebookShare to Pinterest
Labels: KKK

paul did u hear about the assasinaton poll on facebook. it sould be a free-speak isue, but he may go to jail