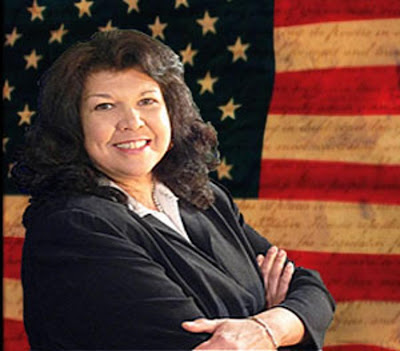 Chicago, IL—In The Fifth Congressional District there is a need for a strong Liberty loving voice demanding a return to the American principals our founding fathers risked everything to provide for us.

Politicians from both parties have lost their way as they fallen into a trap of big government corruption. Greed has become the prime motivator that has caused politicians to put Americans into virtual tax slavery and total dependence on government for the basic right to exist.

Rosanna Pulido has a plan to return opportunity, freedom, and self-reliance to the once proud Americans living in her district.

Chicago was put on the road to ruin by the Daley/Burke Crime Families that brought us the Marxist regime of Barack Obama. That bunch needs to be derailed for good.

Chicagoans can take back their rights and make that city and its suburbs an attractive place for businesses and families to prosper. Chicago’s businesses have fled in droves taking their jobs and prosperity with them. Chicago will never again prosper with the same old politicians who sold their souls so long ago.

Pulido is a strong supporter of our soldiers, veterans and first responders. She is also a fighter for the right Americans have to defend themselves, families and country. Pulido wants the gun rights of Chicagoans that have been stolen by the Daley/Burke Cartel returned for good.

An NRA NEWS correspondent caught up with Pulido on a bus headed for Springfield. She traveled there to get the massage to legislators that the law-abiding people deserve the right to self-defense.

I'd vote for her.

I would vote for her too!

What a breath of fresh air! I'm tempted to move into her district just so I could vote for her. And how sad was it when the idiots in Cook County voted for a gun rights hater, Anita Alvarez, into the office of States Attorney. Unbelievable!