Violence In Chicago Public Schools And Of Course Race 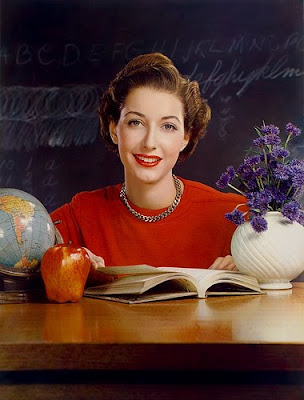 Chicago, IL—Segregation or violence in Chicago public schools never was a serious issue until the Supreme Court struck down the one-year residency requirement as a qualification to receive free money or public assistance.

Southern politicians gave all of their freeloaders $5.00 and a free one way bus ticket sending them to the Northern big cities. You see Illinois, Michigan and Wisconsin all paid three or four times in welfare what Mississippi and Alabama did. Yes, the migrants were nearly 100% African-American.

The migrants brought their poverty, ignorance and crime with them. Real estate in Chicago was manipulated through the infamous blockbusting explosion and the vertical ghetto was born. The migrants were given fee housing in sprawling new high rise buildings. The migrants were not used to running water, sanitation matters or living in a crowded urban environment.

The results were horrible. The vertical ghettos became incredibly miserable. The inmates preyed upon each other. The culture became one of extreme violence, revenge, stealing, cheating and avoiding responsibility. Public officials patronized and exploited the migrants at every opportunity. The best way to do that was with free money handouts stolen from hardworking taxpayers.

Mandatory education should have helped the migrants with their defective culture but the idea of schooling just did not work well. They migrant kids and their teachers simply took up space for the most part.

What was worse was the ghetto violence spilled over into the schools. Chicago public schools facilitated extortion through murder. They never had nearly enough armed cops to protect the children. Children of different races cannot safely co-exist in these schools. The result is minimal and a sub-standard education.

No effort was ever made to change the culture or lack of moral values of the disadvantaged migrant kids. The social disaster is the same in every large city in America.

That famous school desegregation case, Brown v. Board of Education was an imperfect solution to a problem in an imperfect world. It is however the law of the land according to the Warren Court. The Liberal Warren Court held separate was never equal even if the segregation was unintended. After the Brown case schools only got worse.

Racial or hate violence in the schools is not necessary. Segregation is far less evil than race-based beating, raping, stabbed and shooting. I would never ever send my kids to an integrated public school in Chicago. There are some suburban districts that had some diversity and better reputations. Those schools are now being flooded with displaced Cabrini-Green and Robert Taylor ghetto babies and become unsafe.

Colleges just don’t have the problems of the K through 12 schools. Their students are there to learn and accept responsibility.

We should have learned long ago that as Rodney King once asked, “Can’t we all just get along?” is not reality.

We have to work for social justice with other means than forcing people to integrate. Most the so-called civil rights laws have taken more freedom than they have given. Forcing anyone to do something they don’t want to do is wrong and counterproductive.

We can’t force brotherly love on each other but we can set examples. I think we have a much higher duty than the law provides to treat each other the way we want to be treated. MLK who I disagree with on many areas, got it 100% right when he said that “we need to judge others not on the color of their skin by the content of the character.”
Posted by Paul Huebl Crimefile News at 9/26/2009 12:27:00 PM