Segregation By Taxation Is Here… 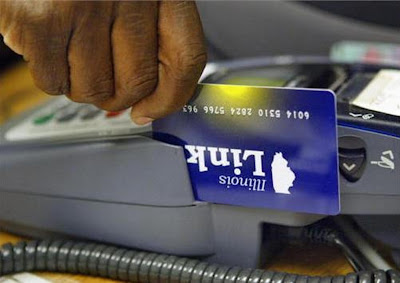 Chicago, IL—In one of several recent trips to my hometown, Chicago I noticed a disturbing racial phenomena going on.

The same thing is happening in California. This change is happening primarily at the state level but is most concentrated in the larger cities.

The inner cities are overloaded with unemployable, uneducated, violent and parasitic people. They are the majority and their elected representatives have a united goal to tax the working minority unto submission.

The Northwest side of Chicago has had decades of economic prosperity. Not anymore those thousands of neat little brick bungalows with the manicured lawns are today a realtor’s worst nightmare. Loads of displaced lowlifes from demolished public housing have been resettled to the Northwest side complete with their drugs, gangs and hopeless blight.

The schools have become too dangerous because of the migration. The old guard Northwest inhabitants no longer can raise their children here and are fleeing in droves. They are taking their businesses, pensions and tax money with them.

The Cities of Chicago and Los Angeles has extorted from the working class through every possible source of taxation. Those politicians are turning once beautiful productive cities into ghettos with greatly reduced revenue and needed public services. Crime can be counted on skyrocketing along with any hope of cultural improvements for the dark skinned ghetto dwellers left behind.

In Illinois it’s been made so easy to avoid employment altogether and collect from the working class. In addition to free Section 8 housing, those under 62 years of age making less than $2,000.00 per month get a Link Card. It’s just like American Express but better since the bill goes to your working and productive neighbors. Once you hit 62 Years of age you can earn $3,000.00 per month and get in on the Link Card freebie program.

Productive people are leaving Illinois and California by the droves for any of nine states that don’t tax worker’s incomes. Those states simply refuse to participate in giveaway programs like the Link Card for the so-called disadvantaged. Many of those states are even giving cash grants to businesses willing to relocate.

The problems of this country will never be settled by punishing productivity. California and Illinois are making their states the most undesirable places for educated, law-abiding, productive people to work or live. In the mean time they can be counted on to find more ways to extort money anywhere they can.

Check out two great videos below!

Chicago has gone to shit. Daley has knocked down the projects to create land for his contractor friends to build upscale housing. Daley's hope is that the inhabitants of this upscale housing will gentrify the inner city. Of course, the former project residents have to live somewhere. They're being pushed out to the suburbs and to the edge of the city (where city workers have traditionally lived). The outlying city neighborhoods and nearby suburbs are becoming uninhabitable due to crime and fear of crime.

Back in the 70's, there was a UIC professor named Pierre Devies (not sure on the spelling) who predicted most of this. I thought he was full of shit. Sadly, he was not.

One final note -- When you think about it, these people who are moving from the inner city are really agents of economic change. They come to a neighborhood. The neighborhood becomes uninhabitable. The longtime residents of the neighborhood must move out and start over (new house, new mortgage, etc). These undesireables keep the economy in constant motion. Bankers and mortgage companies can't make any money on a house that's paid for. BTW, isn't Daley's brother a vice president at JP Morgan-Chase?

Somebody at the U of C will get the Nobel Prize for Economics if he can put all of this in politically-correct terms.

You are so right. Section 8 makes me sick. Basically you pay tax so you can watch your neighborhood go to rat shit. You work to fund your new neighbors as they sit around knocking out kids and smoking crack.

What you say is absolutely true. Before long Chicago will be a larger image of Detroit Michigan, all because of Daley and his get rich schemes. I only wish there was some website that would show where all of the "displaced public housing residents" ended up relocating to. That would help the tax paying citizens avoid purchasing in those areas.