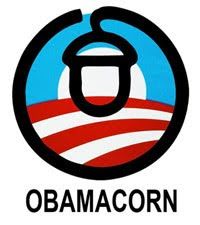 Washington, DC—Cub journalist Hannah Giles and her young documentarian, James O’Keefe have filled a desperate void. At a time when investigative reporting is all but dead in America these two courageously stepped up to the plate and showed America the underbelly of a criminal syndicate, ACORN.

America’s established news media has fallen and it can’t get up. They have lost their credibility and their audience. They have become Socialism advocates sidestepping their duties to simply inform our world in an objective manner.

The last Presidential election brought out non-stop Socialist propaganda from the so-called Big Three Networks and major newspapers. Trashing V.P. candidate Sarah Palin and her family was their primary agenda from the day she was put up for that office.

Outside of FOX NEWS and bloggers nobody in the news business will bother to challenge the Marxist Obama Administration. The problem with bloggers is they have little money to do what needs to be done to expose corruption.

There are no Woodward/Bernstein types with major newspaper resources to probe Barack Obama and his henchmen like what was done to Richard Nixon.

Barack Obama came from the bowels of ACORN and the sensationally corrupt Chicago Democratic Machine. Obama has gotten a free ride and escaped the normally comprehensive vetting of the American news media.

The new journalism has surfaced. The requirement of millions of dollars for printing presses and broadcast equipment to report news has gone by the wayside. Almost anyone can deliver news and information. The day of the Citizen or Vigilante Journalist has arrived. Leading at the point are Hannah Giles and James O’Keefe.

O’Keefe and Giles infiltrated ACORN offices with their inexpensive camera equipment and guts as they simply captured their shocking video. ACORN workers were caught in the act actually promoting and helping people they believed were engaged in human smuggling, child prostitution and tax evasion.

ACORN has gotten millions of taxpayer dollars simply because they have a knack for tolerating crime and government corruption. This exposé tells volumes about Obama’s beloved ACORN.

O’Keefe and Giles are now in grave personal danger for wounding the ACORN beast. I don’t know what the future holds for them but they deserve financial support, protection and the ability to continue probing as deep as they must to get the criminals out of America’s pockets.

This is really all about money. Gangsters like the Capone Gang and ACORN exist because crime pays. It helps to have the local Sheriff on your payroll. ACORN’s campaign contribution to Obama’s election put the Sheriff in their pocket.

I hope there are more youngsters out there like O’Keefe and Giles. Those little Flip cameras are cheap and wonderful. Please go use them and catch some big rats.

ACORN is exactly why we gave law enforcement the powers they gained under the RICO laws. ACORN must be shut down and their assets seized. That money can be returned to the taxpayer.
Posted by Paul Huebl Crimefile News at 9/11/2009 07:58:00 PM

You are totally correct.... These are Americans doing what we do best, stand up and speak......... Tell the truth. They will need help. They have huge bullseyes on their backs.. Show me where to support them and I will.

What they did was courageous. Although that job didn't cost much money.
If they start asking for money they will look like propagandists not heroes.
If they start a legit business or non-profit, then I might support them financially.
BTW. I'm not sure they used a flip camera. looks like a pin hole or button. A flip cam would have been seen.

They will eventually get sued and lose the donations and worse.
With just three inside a private enclosed office setting, Id call it an 'expectation of privacy.' Especially when they made such a private conversation go so public.

I hope people are starting to realize the only change Obama gave us is that Chicago's political machine is now in charge of the White House.

Why hasn't the F.B.I. and IRS already frozen ALL ACORN assets, and Subpoenaed hundereds of its workers for a plain as the nose on your face RICO investigation? Whay are the Feds not following up on this, or the fact that ACORN got thousands of people ineligable to vote in the last presidential election registered, by blatent FRAUD?