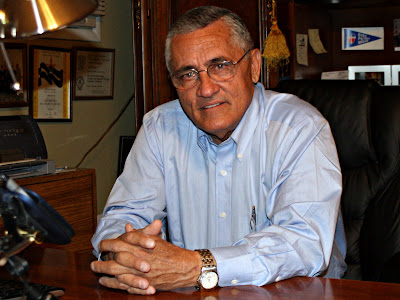 Phoenix, AZ—Television news can claim responsibility since news starved reporters and producers love to do those stories always showing us how we are at risk for illness, injury or death. They hype each and every hazard to death. It’s never about safety but TV ratings.

The latest campaign is texting while driving. Nitwits with cell phones crash because of inattention to their driving. Is this some new problem? Not hardly. Drivers have been preoccupied since the automobile first rolled off the assembly line a hundred years ago. Okay I will concede that texting is new, but so what?

Then there is that political creature at the Legislature that needs free publicity. They find some pathetic grieving mother who lost a child in a texting related accident and the stars all are placed into alignment.

The bill is crafted and named after the victim. The sweeps period, press conference is held complete with tears, and that gut wrenching story of horror. Suddenly the politician saves the day with a new law! Oh, that dead child is still very dead.

We all get to live now because of this new law!

In Arizona I met a very wise man 25 years ago, Alberto Gutier. He was and still is a lover of freedom and liberty. Today he’s Arizona’s Highway Safety Director. Gutier has drawn some criticism because has not immediately jumped on board the silly texting bill.

I know Gutier recognizes the danger of the texting practice and feels bad for the family of the laws intended poster child. I have not talked with him but I know what he’s thinking.

People behind the wheel of moving automobiles have engaged in every possible dangerous diversion. Women applying makeup, changing clothes or doing their nails have been overlooked. The same is true for people eating four course meals on wheels. What about those forgotten people have argued, physically fought and even engaged in sex acts while driving on our highways. In light of this the texting bill seems as silly as it is. How do our prosecutors prove in our courts that a defendant was texting rather than playing some game or watching some YouTube offering?

Can we all just take a deep breath here and not allow the political abuse of some dead child simply to further a politician’s career?

Gutier has been in the U.S. since 1960 when, after fleeing Communist Cuba, he worked for the CIA against Fidel Castro. He became a naturalized citizen in 1966 and has lived in Arizona since 1968. Gutier is also a veteran law enforcement officer having served with the Maricopa County Sheriff’s office

Email ThisBlogThis!Share to TwitterShare to FacebookShare to Pinterest
Labels: freedom, Texting while driving