Never Say, Never Again! Socialism You Can Believe In! 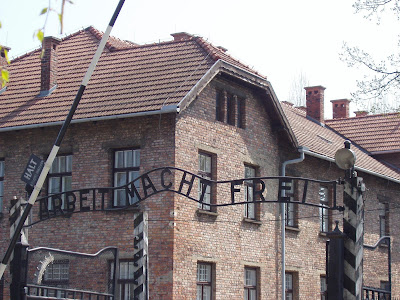 The claim of six-million people being exterminated has been accepted as the results of the National Socialist’s vile agenda. The economically depressed German people were led by Adolph Hitler’s new political brand of Hope and Change.

Some of Hitler’s ideas and governmantal plans were not put up for public consumption or debate as he courted the German citizens for their approval. The so-called, Final Solution to the Jewish Problem was delegated to special appointees for its implementation. Hitler also had Czars for special tasks.

For a few decades the Jewish Holocaust survivors have angrily chanted, “Never Again!” as they’re battle cry against those who’d try to inflict this horror in the future. It’s now a hollow chant and after 70 years has fallen on deaf ears.

Genocidal holocausts are redundant throughout civilization and still happens today in other parts of the world. Armed government thugs dominate unarmed populations, murder their own residents and of course plunder their property. It’s all about absolute power.

An examination of every holocaust reveals how they are facilitated in identical fashion. A segment of the wealthy portion of the population is targeted with hate, along with demands they relinquish their property and possessions. Redistribution of the wealth becomes reality.

The targeted population is usually better educated and refined. They are also optimists that always expect their government has honorable intentions. They always refuse to believe anyone would kidnap rape, rob, torture or murder them.

When the armed government force appears, the targeted population always cooperates. They allow the thugs to march them around, put them on trains, take them to resettlement locations and eventually murder them.

Even when the victims know they will be murdered they will follow orders to take off their clothes, stand in straight lines in front of corpse filled ditches to facilitate the work of machinegun firing squads. They rarely resist and become willing accomplices to the crimes being committed against them.

The all too human concept of pacifism rather than resistance is the real killer. Today Americans are letting the Socialists plunder their wealth and possessions. Laws to regulate rights like speech and bearing of arms are enacted with little opposition because of “logic” that they really needed to keep order.

Our founding fathers gave Americans the tools to prevent a holocaust. The question I have is will we simply shut up and do what we’re told? Will there be any survivors left to shout, Never Again?
Posted by Paul Huebl Crimefile News at 9/08/2009 03:47:00 PM

America is not Europe!
We do not have a several thousand year old tradition of obedience to
authority.

We do have a large minority group that believes in government control
of the people rather then peoples control of their government.

Most members of this group believe government knows best and have been very effective at working the system for their own benefit. I believe it was Ben Franklin that said when people start accepting money from their government they are doomed.

The larger group in our society is still hardworking, and very independent. We realize that No government on earth can give us utopia. (which is what the statists think they want)

One example is health care. We have the most advanced best health care in the world, with access for even the poorest member of our society, and they wany to throw it out and start new systems which we can see have already failed in several countries. Even our own representitives will keep their own system rather than sign on to the new system. Tells you something dont it.

I firmly believe our Oath Keepers (both military and police) will for the most part not join in the destruction of our independent way of life. We also have millions of people such as myself that will rise up and meet aggresive force with superior force. All of the original 10 ammendments were put in place to guarantee the government will not interfere with individual rights. We cannot have so called collective rights without individual rights. The only thing, in the final analysis that power understands and respects is power. We the People still have the power and we WILL keep it. We have been quiet, probably because we have been busy working and paying the bill for these people in Washington but those days are over. For the first time in our history during our tea partys, the average working class American has gathered and demonstrated. No bussing in of agitators, just normal people taking themselves to the meetings and speaking our mind.

BEWARE THE FURY OF A PATIENT MAN!!!!

Now that Van Jones is gone. (more than likely, in the shadows) I am concerned about our First Amendment and the FCC czar Mark Lloyd.

There is nothing better in this world than to be free of government help - because the government "help" may turn into interference with a bigger price to pay so the help sometimes can turn out to be - not so helpful at all.

Each individual must learn to help themselves and think for themselves because if not they are doomed to be dependent and controlled by everyone including their government.