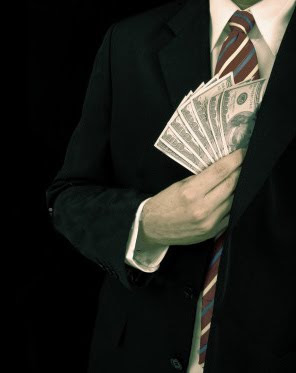 Baltimore, MD—I knew this was coming after I checked various state laws that regulate recordings of conversations. Look for the two brave souls that recently exposed the ACORN criminals to be prosecuted. The ACORN degenerates will skate but James O’Keefe and Hannah Giles may pay dearly for exposing corruption.

Some states promulgated laws that require all parties to conversations consent to their conversations being recorded. The real reason for the laws was to protect corrupt politicians and officials from being exposed for extortion. The extortion happens all the time when people are muscled for campaign contributions and bribes.

The recordings automatically are suppressed and are never allowed as evidence in court except when used against the people making the recording. That means that there must be a swearing contest between witnesses should an extortionist be forced to stand trial. Juries must guess who is telling the truth when a recording would be convincing proof. The truth could be used to set the innocent free but for all party consent states.

There are generally exceptions made for law enforcement. The most politically corrupt states have these laws such as California, New York, New Jersey, Illinois and Maryland.

There are states like Arizona only require one party consent. There you don’t need permission to record your own telephone calls. That freedom results in solid prosecutions for threats, extortion and telephone harassment.

I have one case where I personally saved a Phoenix physician from the loss of his license when I was able to impeach a woman who falsely accused the doctor of sexual impropriety. Her testimony was dramatically blown apart by her own words captured on Mylar tape.

If your state requires all party consent demand they repeal that law.

Covert conversation recording by one party in Illinois…

Illinois is, by statute, a two-party state. However, case law from both the IL Supreme Court and various Illinois appellate courts have declared Illinois a one-party state in the case of private citizens (businesses and plain folks - NOT law enforcement). The reigning consensus is that one-party consensual recording is merely "enhanced note-taking" and since some folks have total recall without recording, how can the other party have any expectation of privacy to a conversation held with another person.
Posted by Paul Huebl Crimefile News at 9/11/2009 11:28:00 PM

Are the laws against taping conversations referring to telephone conversations? Is not this situation investigative reporting? If this is against the law, why aren't in-store video surveillance and cameras on light poles on the streets illegal? Should we prosecute Alan Fundt from Candid Camera and all these u tube video makers?

Do you have any citations for this statement? Thank you.