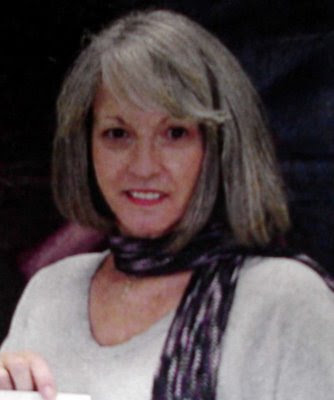 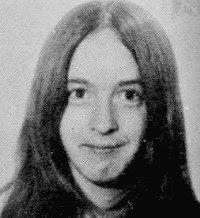 Chowchilla, CA—She was the dean of California’s incarcerated women having been locked up longer than any other woman in the Golden State’s prison system. Yesterday Susan Atkins finally died of brain cancer.

Atkins not only participated in the destruction of the victim’s lives but she destroyed her own along the way. She and her co-killers beat a well deserved death sentence but living the rest of their lives as a caged wild animals may have been much worse than a quick death in San Quentin’s gas chamber.

Atkins death has not ended the suffering or sense of loss of the Manson family victim’s loved ones. Closure by punishment is not the victim’s Nirvana that prosecutors claim. There may be a tiny measure of satisfaction at the idea of justice being done but nothing really can make the wrongs somehow right.

I don’t know what anyone gained by not letting Atkins die in some private hospice rather than a prison medical facility. That was indeed a hollow exercise.

It’s is too bad that Atkins never got an opportunity to make a contribution to the society that had disposed and condemned her.

There are still several other Manson followers waiting their turn to die in prison for things they did as drugged up, confused kids in another lifetime. It’s too bad that these fools could not somehow go back and reverse the horror they unleashed so long ago.
Posted by Paul Huebl Crimefile News at 9/25/2009 08:41:00 AM

Paul, I know we disagree on this but I'm glad that she died in prison and not in hospice. I think she deserved to die not being shown any mercy, just like she didn't show any mercy to Sharon Tate and her unborn child!

I hope she burns krispy style in hell....

I agree to disagree with you, partially. I am against the death penalty, not in theory, but in application. Without 100% guaranteed accuracy (impossible), no one should be put to death.

But life in prison without parole means .....without parole! She took a life, several actually, and for that she forfeits her right to co-exist with the rest of us.

No matter what she may have accomplished in prison, whether she repented, saved souls, whatever, she deserved to die IN prison. She did. Justice is served.

Chris there is a paradox here.

You hope she burns in Hell so I take it you believe in Heaven, an afterlife and perhaps even God. You may well be a Christian and if that’s the case you also must except redemption.

If she has atoned for her horrible sins and done what was required of her than she too gets a comfy place in Heaven for eternity.

As for me the jury is still out on that afterlife, Heaven & Hell thing. I may be finding out the hard way.

Paul I just finished a case where the court gave my client a "compassionate release" from a life sentence.

The States doctor lied, but ours told the truth. 5 weeks after his release he passed in his mothers lap. She was 45, he was 22. She later came to my office to get photos of him; she cried and said "thank you."

However this client did not commit the terror that did Atkins and the Manson family.

I support my clients’ early release, not because he was my client; but because of many other complicated factors. However for some I will not.

I had the pleasure of going on a 'field trip' with a senior LAPD partner thru some locations that the Manson Klan had been part of. I'm not disappointed that she died in prison.

However having said all that, terrorists will never get one ounce of grace or mercy from me, and the death penalty couldn't be quick enough for those that want to destroy America and kill us (www.Terrorism.bz )

PS: Paul I'm one of those Christians that the main stream media warns you about. Paul your a good man, based on your comments in your comments section; if your nor sure if you'll make it to heaven or the smoking section; I'm available to answer any questions. In the last 40 seconds of my above video link 'Heaven or Hell' I give a clue.

Heaven, Hell, punishment and all that are beside the point.

This criminal proved she cannot be trusted to live in a free society along with the rest of us. We therefore exercised our "we're more numerous and collectively stronger than you" option of removing her from free society, locking her up and thusly preventing her from ever perpetrating such crimes again.

The #1 purpose of prison is to remove criminals from society. If they can be rehabilitated, all the better but *never* forget that #1 purpose.

How about California giving one of the victims - Roman Polanski some slack after all it was his wife and his baby that died and especially as Roman Polanski's later statutory rape victim would like charges against him dropped after 40 years.

But extenuating circumstances & a little compassion is not something that the Justice system here understands very often and cold hearted spite and control seems to be the name of the game.

adkins was the longest living brain cancer victim that i know of. she must have had it when she killed tate,imho. there would be no other allowable excuse. speed ,meth, or lsd do not make people into savage killers, and neither do winos like manson.

or was she just a plain murderer!!!anyway the system works ,you cannot let murderers out onto the streets to live with decent people.

Meanwhile Manson ,courtesy of the prison system, is on his cell phone planning his next gig or his next massacre, I guess it's all the same thing...