Why The Obama Socialist Agenda Must be Stopped Cold 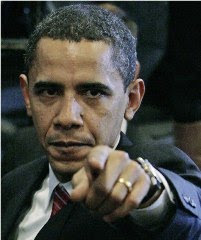 Washington, DC—This has been unlike any election campaign season in decades. The difference is because the flow of political information was not being filtered exclusively through three TV networks and publishing giant’s Leftist propaganda monopoly.

Cable TV, radio diversity and the Internet has opened the door to free speech. The real political struggle is between American style freedom and One World Socialism. There is no reasonable or acceptable middle-ground for either side.

The dream of a One World Socialist Government is designed to prevent dissidents from voting with their feet to leave a miserable nation. Socialist politicians want to be sure there’s no place for their citizens to run.

Socialism has always had a really dark history of, mass murder, mass poverty and constant misery. The Party elite always turn the treasury into personal slush funds free of restraint or oversight. The rest of the population must cooperate or face treason charges for the slightest resistance. Socialism is not some romantic form of government with loyal party members singing around a campfire.

The Internet has educated Americans in a philosophy and form of government that is second to none. Millions of Americans have fought and died for the Constitution and Bill of Rights the Socialists want to shred. Thankfully our founding fathers put a safety lock on our Constitution to prevent destruction by a simple majority of voters acting on a whim.

Barack Obama’s birth origin is a carefully guarded secret that has so far cost him and his supporters $1.5 million to protect from prying eyes in the courts. There can be only one reason for Obama’s effort to keep those records sealed and that’s simple fraud. The Constitution dictates our presidents must be Natural Born Citizens. January will bring Congressional Subpoenas putting those records under some much needed sunshine.

Barack Obama’s political life was created in the bowels of Chicago political corruption. Obama’s close political associates were all criminals, Communists, thieves and thugs. Obama’s long time religious adviser was and is an anti-American, racist hatemonger. The Chicago Regular Democratic Organization is rife with white collar criminals involved in an ongoing conspiracy that has bankrupted that once great city. It is unrealistic to believe any high ranking member of this evil cabal has any integrity whatsoever.

Our economy was destroyed by the Socialists in our Congress dictating lenders provide millions of home loans to those unable or unwilling to repay them. That was not an accident but a design to invite the new Socialist form of government to replace what our founding fathers fought and died to give us.

Taxation to the point of slavery is nothing less than slavery. Confiscatory taxation always shuts down productivity and the economy of any nation. We have been shut down because our Socialist politicians have never found a new tax or tax increase they did not love.

These same Socialist politicians have raised their own wealth and standard of living at every opportunity. The more they tax Americans, the more bodyguards they hire with our money.

This mid-term election tomorrow is only a start on the road back to free enterprise, competition and productivity. The return of the once unparalleled American standard of living will be on the way only if we can stamp out Socialist Tyranny.

Obama’s agenda is dangerous for America, our citizens and most basic freedoms. Obama is a Socialist Traitor engaged in High Treason and he must be stopped cold. To allow Obama and his agenda to continue will bring the full wrath of Socialism and its deadly consequences visit our children.
Posted by Paul Huebl Crimefile News at 11/01/2010 09:30:00 AM

"Barack Obama’s political life was created in the bowels of Chicago political corruption."