Two Cops Murdered At Burglary Scene, A City is in Crisis 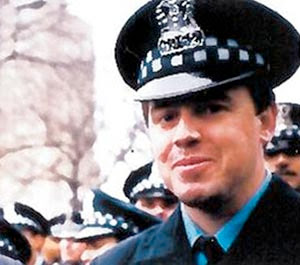 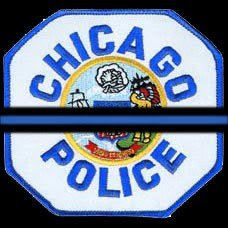 Chicago, IL—Despite claims that crime is down, there is more blood on Chicago’s streets than ever. Two cops are dead tonight as the city mourns yet again.

One Chicago police officer was collecting evidence at a garage burglary scene as the victim, a retired CHA police officer looked on. Little is known other than the two officers were ambushed and murdered and the African-American suspects fled in a Cadillac Escalade.

The Superintendent of police Jody "J-Fled" Weis was just proclaiming that crime was down again as another cop was found murdered in his personal SUV. I guess the rivers of blood flowing tell a different story.

The good news is they will be hiring and training 200 hundred recruits in the police academy to replace many more hundreds of seasoned officers that have already retired.

It’s well past the time that J-Fled should resign. The city is a bloody mess that way out-of-control. The early release of hundreds of dangerous felons by the governor has stimulated the funeral industry in a big way.

There will be at least for more children growing up without their father because of Governor Pat Quinn.

Update: the Chicago police officer murdered is identified as 46-year-old Michael Flisk, who was assigned as an evidence technician. Flisk was a 20-year member of the department who left a wife and four children, and three siblings on the force.
Posted by Paul Huebl Crimefile News at 11/26/2010 02:52:00 PM

The African-American community is out-of-control and dangerous. The rest of the city must begin doing what the cops can't. They must be stopped cold.

Never miss a chance to kill a few of these racist bastards!

This is only the beginning; our civilization is falling apart before our eyes. There will come a time in the next few years when society will implode, more so than it is doing now. Keep a few months worth of canned food (you need to rotate it and use it if you do this), or freeze-dried food, in your house. Now is a good time to buy that extra self-defense weapon you always meant to, and also a good time to purchase a few cases of ammo, before prices go up. "Pray for best, but prepare for the worst." RIP Brother Flisk!

Another one of our brave officers has died in the Line of Duty, doing his job, minding his own business, and trying to help the worthless, one-way citizens of Chicago's Black Community, who will say or do Nothing about this, because all they know is Take,Take,Take, and Me, Me, Me. Hopefully a bigger Political Revolution than the last one this November will happen in 2012, before it is too late for all good people in America, who will be living in much worse conditions, with much less of their own hard-earned money, thanks to the Socialists who now run America. Until then, all Officers, protect yourself and your own first, let the Democrat Voters who voted in all the weasels who are left in Politics wallow in their own excrement. I'd rather be Dead than Democrat.....