Accused Cop Killer, Why Was He Out of His Cage? 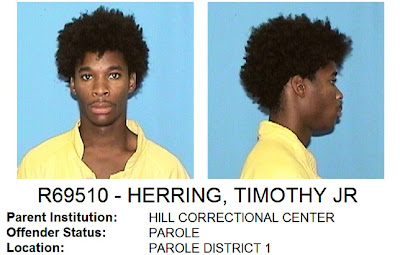 Chicago, IL—He was put away for armed robbery with a gun. He’s out with yet another gun executing a former cop and a Chicago cop who was gathering evidence at a burglary scene.

View the records from the Illinois department of Corrections and ask Governor Pat Quinn what this convicted predator is doing out of his cage on our streets. It looks like he served less than three years for a major dangerous felony.

Okay so you want to feel bad for this fellow saying he deserved another chance. Aside from blowing an opportunity at a productive life he’s now on the fast track to a well-deserved lethal injection. This lad’s life was destroyed by Liberals that never gave him enough time to rehabilitate. That’s right, aside from the two innocent victims a third life will be lost in the process, that of, Timothy Herring, Jr.

We still don’t know how many other homicides and serious crimes he committed while he was roaming the streets.

I guess we need to ask Governor Quinn and Mayor Daley, why the law abiding folks can’t carry a firearm for self-defense. These very same politicians are responsible for the tortured public policy to turn the streets of Chicago over to extremely dangerous thugs like Timothy Herring, Jr. 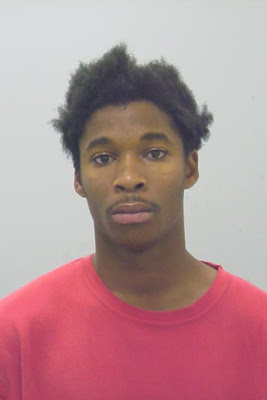 If herring’s first armed robbery victim that we know about had a gun and dispatched this rabid dog two people would be alive today and the taxpayers would not have to spend millions for both sides of a death penalty case’s litigation costs.

The people of Illinois this demonstrates more than ever that the inmates are running the asylum.

At right is the Chicago police booking photo.


A second individual, Timothy Willis, 22, (below) was charged with unlawful possession of a firearm and obstruction of justice in this case. 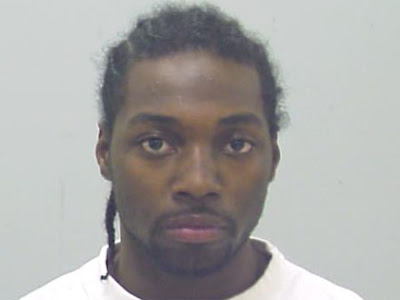 Paul,I read this shit about a violent felon getting a ,"second chance",and I have to wonder why non-violent Ted Kozak was denied work release because of the "nature of his crime".The system is so fucked-up it ain't funny.

I don't know how you do it Paul. You went from Chicago to California. One liberal anti taxpayer stronghold to another. I cant wait to leave Illinois when I retire.

sounds like the second guy hid the gun. Kill em both.

As always Paul you are right on the money! Great work!