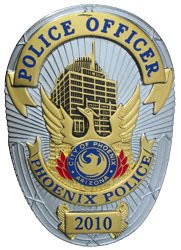 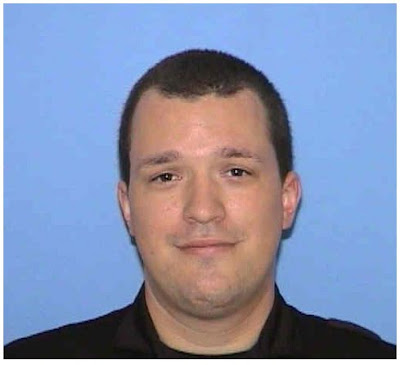 Phoenix, AZ—Is Phoenix police Sergeant Sean T. Drenth’s October 18. 2010 murder connected to this shocking scandal? Sgt. Drenth was murdered in an alley adjacent to a desolate State Capitol parking lot in an ongoing mystery. He was shot-gunned to death. Sgt Drenth was a suspect in this major Fraudulent Schemes and Theft case when he was killed.

The Arizona Attorney General’s office today unsealed and announced the indictments of three current and one former Phoenix police officers. As many as 25 additional officers may get caught up in this career ending disaster that may bring lengthy prison terms. For those that don’t know Arizona sentences for crimes are usually triple and quadruple what the same offenses would bring in Illinois or California.

This is a very sad day in the law enforcement community.

From the Press Release issued today:

(Phoenix, Ariz. - Nov. 18, 2010) Attorney General Terry Goddard today announced the indictment of three Phoenix Police Officers and a former member of the Phoenix Police Department on felony charges related to money they received for off-duty security work they allegedly did not perform.

Former Phoenix Officer George Emil Contreras, 45, was indicted on four felony counts that include fraud, illegal control of an enterprise and theft, for actions he took during his employment with the department performing off-duty security services for multiple clients.

Contreras was a Phoenix Police Officer for 18 years before he resigned in 2008. While employed by the department, he also served as an off-duty work coordinator, out of the South Mountain Precinct, for off-duty jobs for the alleged business victims: the Cotton Center Townhomes at 48th Street and Broadway, Laron Incorporated, Arizona Materials, and Eisenberg Properties, all in Phoenix.

The indictment alleges that from December 2005 through December 2007, Contreras committed fraud and theft on the businesses by submitting false documents to them in the form of invoices in advance of the work to be performed and accepting pay for the full hours of work indicated in the invoices, even though he did not work the full hours for which he was paid. Contreras is alleged to also have formed and used a business called Raptor Services to invoice and collect payment from the victim businesses. Sgt. Sywarungsymun, Officer Peck, and Officer Lentz are also alleged to have committed theft by accepting pay for hours of off-duty security which they did not perform, as coordinated by Contreras.

The alleged business victim that suffered the largest loss was the Cotton Center Townhomes, which involved a security job contracted with the Phoenix Police Department by three homeowners associations to help reduce crime in an area with a high volume of calls for police service, requiring two officers and a marked patrol car.

The case is being prosecuted by Assistant Attorney General Todd Lawson and was investigated by Special Agents in the Special Investigations Section of the Attorney General’s Office.

Here is a copy of that portion of the indictment unsealed today:

HERE IS THE FULL LIST OF OFFICERS CAUGHT UP IN THE INVESTIGATION.

I shared it Paul