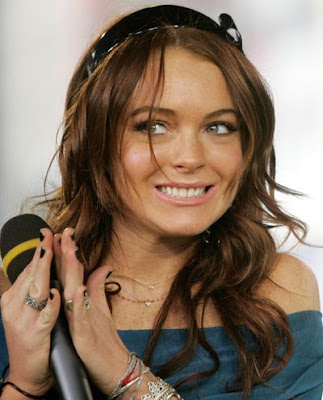 The other story is the production company was unable to find insurance to cover this troubled actress. getting out of that film was a gift for Lohan. Now we can see what unknown actress will become world famous for her ability swallow monster man meat.

Lohan is both pretty and a talented actress. She was raised in a dysfunctional family and advised by both solid entertainment industry professionals and some real trolls. Lohan was a victim of her own early success and wealth.

Lohan came out the successful Disney machine. Another, alumni of Disney is my dear friend, and Golden Globe winner Ann Jillian. Ann has express deep sorrow for Lohan difficulties as have I. I think discarding this woman at her age is pre-mature. Ann wants Lohan to use that natural actress discipline to defeat her other demons too.

Lohan needs to resurrect herself from the bad friends and choices she made. Getting out of the Lovelace film is a great start. There’s no reason that Lohan cannot achieve the kind of scandal free success enjoyed by Jody Foster, Meryl Streep, or Hillary Swank.

I think it’s fair to say that Lohan is the casualty of a failed Drug War. I can’t help but think of the great talent of a lad that was almost consumed by drugs and a prison cell. That is Robert Downey, Jr. Downey got serious and took the cure and has been terrific in the many films he’s done since.

Can Lohan or Downey fall again? Sure that can happen but it’s time to encourage rather than discourage these two.

Lohan has the right looks, and she’s now the right age to play the lead of my own film project, Come Friday. The true story of a heroic Chicago policewoman back in the days all policewomen wore a uniform that consisted of heels and a skirt.

A lot of Chicago cops read my blog and would as I do have concerns that whoever plays that role never bring the late policewoman Ann Leybourne discredit. I invite and expect some comments from them on this suggestion.

I think this role would inspire Lohan’s recovery and help her to be all she can be. I’ve discussed this idea with Ann Jillian and her husband of many years, retired 023 District Chicago police Sergeant Andy Murcia. They, like me think she right for the role if I can ever get the film financed.

Whatever happens, Lindsay Lohan deserves a chance to get on with her life. Remember Lohan has never physically hurt or stolen from anyone.

CF:"Now we can see what unknown actress will become world famous for her ability swallow monster man meat"

I know plenty of white shirts that could handle that task.

Paul, as I approach my 38th year as a Chicago cop who has worked with Ann Leybourne-Bibel in 018. At first blush, I hated your Idea. Then I started thinking what Annie would want. I know Annie would want to inspire and cheer Lohan on to getting control and having a great life.

After being put in Annie’s shoes I think Lohan would do a great job and be inspired. Lohan has the right look and is the right age to play a (1972-73) version of Annie.

No, she just drives DUI. No problem there.

Can you explain the meaning behind the name of the proposed move "Come Friday"? As it is, it doesn't do anything for me.

Come Friday is about the most prolific serial rapist in Chicago's history. He was dubbed THE FRIDAY NIGHT RAPIST by the press.

Come Friday bad things happened but after 1 Jan 73 Friday was just another day.

There are some interesting points in time in this article but I don’t know if I see all of them center to heart. There is some validity but I will take hold opinion until I look into it further. Good article, thanks and we want more! Added to Feed Burner as well
super smash flash 2