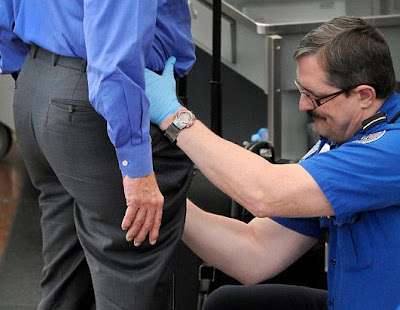 Washington, DC-- TSA Tyrants unleashed their sexual groping and pornscanner program on America without Congressional oversight or public comment. Yes, there are many cowards that really believe that without the TSA we’d all be murdered by terrorists. The cowards have traded their right to liberty, freedom and privacy for pretend security.

Planning a demonstration at an airport has little appeal. Parking costs alone are astronomical and airport police have zero tolerance to any disruption of foot or vehicular traffic. I know most American including myself don’t want to ruin the Thanksgiving dinners of anyone. This planned opt out idea was just not well thought out. Also let’s face it Americans have been well-intimidated by the TSA that will prevent them from traveling on airplanes should they resist.

Instead we must boycott the airlines and flood the politicians and bureaucrats with hostility and complaints. Demonstrations need to be held at the government office buildings or homes of those allowing this un-American Nazi like program.

Should any TSA screeners touch your children on their genitals, buttocks or breasts that are under the age of consent simply call the local cops. The TSA lacks authority to do that and it’s a felony in every state. You can also be arrested yourself for allowing sexual touching of your children.

At the same time there are millions of Americans that know the TSA is an ineffective, invasive, and wasteful. The truth is Police State tactics have no impact on terrorists whatsoever. The terrorists simply work around whatever security programs are in place.

Even rocket making hobbyists have the ability to construct a missile with the capability to bring down any civilian aircraft especially at lower altitudes planes must fly close to our airports as they take off and land.

Any small group of well-armed and determined men can invade any major airport either at the tarmac level or at departure boarding areas and facing minimal or even no resistance as they gain control of large groups of unarmed Americans and planes.

Terrorists can easily get their personnel inside the service side of airports to deposit timed or altitude detonated explosives on planes. This can happen by way of food service, cargo and airplane maintenance operations. The companies all must hire sub-contractors to perform their missions.

Whatever X-Ray, sniffer or physical inspection efforts can be made terrorists always find their way around them.

The TSA has put in place an illusion of security to placate and reassure frightened Americans that they are safe.

In Germany there was a small band of Communists called the Baader-Meinhoff Gang that later became the Red Brigade. Ulrike Meinhoff was a journalist who could wield bombs and a machine-gun against soldiers and cops as effectively as any male combat soldier. This group held the nation hostage for years as they kidnapped, bombed and shot their way around the world. They were responsible for the killings of at least four American soldiers who were serving in Germany. 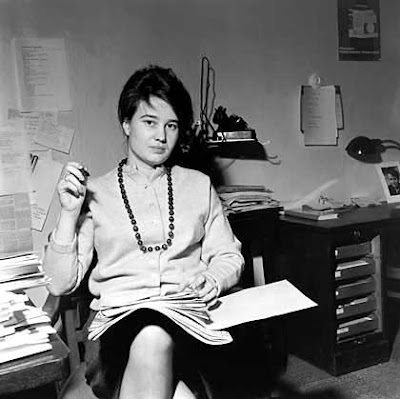 The Baader-Meinhoff/Red Brigade group was never once discovered or disrupted by the best plans of so-called layered security the experts had put in place. This fanatical group was finally stopped by conventional intelligence and investigative means by real cops.

The TSA should be disbanded and liberty returned to American passengers. We must keep people with passports from hostile nations and those convicted of violent felonies off our planes. We can effectively fight terrorism in an aggressive and Constitutional way.

What we do need for anti-terror efforts is a force made of seasoned street cops to use behavior profiling and investigative efforts to deal with terrorists wherever they may be.

We don’t need or want a force of abusive, groping and poorly trained people placed as part of a Socialist jobs program masquerading as law enforcement personnel complete with gold badges.

Paul, Did you notice how Ulrike Meinhoff looks just like her fellow Communist, Hilliary Clinton did at the same age?

Ask the Iraelis how to do airport security.

I wonder, what would happen if the TSA had to face real terrorists, not some grandmother or guy in a wheelchair? Terrorists like the RAF, or even a Weatherperson or two (remember them?)? This entire farce at the airports works only because there is no real armed enemy in this country. So the TSA can play at counter-terrorism. Of course, if the TSA really wants to fight terrorism, then why not transfer the entire organization to Afghanistan?