Scrap the TSA? The TSA Revolt! What’s Next? 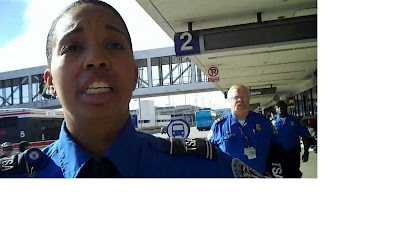 Washington, DC—The government managed to get it all backwards. Instead of making war on terror they made war on American passengers.

Okay, we all know that terrorist and criminal acts have happened in our skies. What do we do without surrendering our dignity and freedom to stop the terror? The answer is really not that difficult.

First you disband the entire TSA. The whole outfit was created for a corrupt mission to violate the Civil Rights of Americans under our Fourth Amendment in the Bill of Rights.

The argument that Americans can avoid the warrantless searching by staying off airplanes is ludicrous. People have to travel to earn a living and many other necessities. Passengers are forced into submitting to illegal searches and that’s un-American.

Have we forgotten about the cemeteries we’ve filled with the bones of millions patriots we sent to protect our freedom including the Fourth Amendment? Instead we have acted exactly like the nations that we fought against over the past 233 years.

Here is the proper way to deal with Airline security:

You create a police force made of trained street cops. These people must be hired strictly qualifications and not through patronage or government casting couches. They should be the Air marshals and program administrators.

You have them set of the program under these simple guidelines:

All pilots must be trained and armed at all times. All vetted, trained and sworn police officers and commercial pilots, whether on or off-duty and be given full authority to fly armed and protect the planes.

Pairs of sworn police officers must roam every plane boarding area to profile passenger behavior. Street cops would know what to look for that might warrant further investigation. Federal funds should be used to hire local police not federal officers for the airports.

We must simply end allowing convicted violent felons, illegal aliens and anyone flying on a passport from an unfriendly nation to ever board our aircraft.

We can respect the Constitutional Rights of all Americans and have meaningful security at the same time.

Watch how one TSA baggage screener broke TSA rules and the law in an effort to prevent me from lawfully shooting video at LAX airport. Had she not stopped her assault on me I’d have thrown that miserable bitch down a long flight of concrete stars from the upper level of Terminal Two. She learned quickly I was serious.

I'm one of those who fly to make a living and, yes, I like your plan. I think it would be much more effective than the sham I see twice a week in the airport now.

I do not like TSA either, but FAMS are a good bunch of guys. I went through their air safety course, and it is unlike anything I experienced through the last decade of law enf. It is a different world up there

If you decline the body scanner AND the pat down, can you simply ask to leave the security checkpoint and miss you flight? That seems a small inconvenience compared to allowing these escalating searches.

Profiling is more effective than bosy scanners,just ask the Israelis.