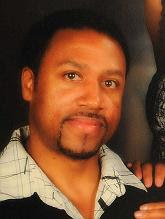 Chicago, IL—The ex-cop, Stephen Peters who was murdered along with Chicago Police Officer Michael Flisk reportedly was carrying a handgun in the alley behind his home. Peters had worked for the South suburban Robbins Police Department and later with the disbanded Chicago Housing Authority Police Department. At the time of his murder he was not a peace officer.

Peters had every right to possess and carry a gun under the United States Constitution as the Supreme Court recently ruled in Heller and McDonald. However still waiting for the judicial axe to fall is the Unlawful Use of a Weapon Illinois Statute and Chicago’s “re-worked” gun ban. At the time of Peters’ murder he may have been in violation of that soon to be declared un-Constitutional felony crime.

We know Peters was a trained and qualified cop and the fact that they disbanded his department did not make him somehow less honorable or worthy of the right to protect himself.

If Peters had actual retired status he may have been covered under the LEOSA HR-218 law that allows retired cops to carry in every state. That is of course provided he paid a fee and obtained the proper LEOSA ID card. So far Stephen Peters’ actual status was unknown, at least to me.

We now know Peters was endangered because of the crisis existing in his neighborhood, created by massive early prisoner releases and the willful neutering of the Chicago Police Department by the city’s politicians.

The Illinois General Assembly needs to avoid the embarrassment of having their laws declared un-Constitutional. They need to end the absolute ban on the right of law-abiding American citizens to carry firearms for self defense. They also need to prohibit cities and villages from making their own gun laws inconsistent with state laws.

In order to comply with Heller and McDonald the Legislature must lift the carry ban. They still have the power to require special carry permits of those exercising their rights as long as they are freely issued. Any total ban against residents of the other 49 states must end too. Reciprocity is the way to handle that.

Governor Pat Quinn and many members of the Illinois General Assembly are dedicated Gun Rights haters. They can be counted on to break the law of the land for their personal preferences as long as they can get away with it. Quinn and his allies must face the fact that they could wind up with zero authority to regulate the carrying of concealed weapons if they don’t have some reasonable permit program in place to maintain some control.
Posted by Paul Huebl Crimefile News at 11/29/2010 07:27:00 AM

Hopefully, citizens of Illinois and the rest of the USA not allowed lawful concealed Carry will pressure their Politicians to enact it. From what I've seen go on in 29 yrs. and a day with Chicago P.D; mostly in Homicide out on the south side, they're gonna need it.